Tony Hawk and his crew are back in their eighth and largest installment yet. This time around there are many more goals to accomplish, properties to destroy and people to knock over.

In 1999, Neversoft unleashed what would become a huge franchise, and an addicting one at that. I was one of those people who picked up Tony Hawk’s Pro Skater for the PS1 and was instantly hooked. THPS2 furthered the series by introducing manuals, so it was even easier to get huge combos. Once THPS3 hit and introduced the revert skill, people were instantly hitting absolutely insane combos. Really, this is one series that seems to continually get better.

Last year, American Wasteland was released which opened up a first for the series. One large world with virtually no load times. While I found that to be a great game, there was one area that it lacked in big time. The difficulty. If you knew how to play Tony Hawk, then there is no doubt you could beat the game on “Sick” without much issue. I can confidently say that this aspect was fixed in Project 8, among many other issues.

Given the fact that this is an extreme sports game, it’s pretty difficult for the developers to spice up the story line. Story mode was first introduced in Underground where you were a kid from a small neighborhood who wanted to make it big. Underground 2 elaborated on this, but introduced a team. Finally, American Wasteland dropped you in Los Angeles to start building your cred and ultimately meet a bunch of friends to save a skate park. Generally, all the story modes are the same, but with a twist. Project 8 is no different. Once again you are a guy in a very small neighborhood who wants to make it big and get into the elite team, Project 8.

Project 8 is nothing more than a team put together by Tony. If you make it in, your a damn good skater. Getting to #8 isn’t that difficult per se, but going beyond that point will test even the greatest Tony Hawk players. The game progresses just as the last couple have. Complete goals, go into new areas, rinse and repeat until you hit the last ultimate goal in the game. 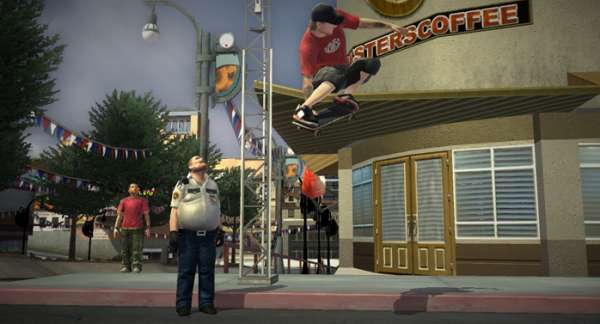 I mentioned the fact that this game is a lot more difficult than any other in the series, and I mean it. Each area in the game has a slew of goals to accomplish. Some goals are simple… just complete it and that’s that. But there are a variety of other goals that are divided into AM, Pro and Sick difficulties. Each goal tells you what you have to do to accomplish the given difficulty, so it’s your job to do it.

I consider myself a THPS veteran… I’ve beat every game with 100% goals and most of the games I’ve gotten all the gaps. That said, there are some goals here that are mind bogglingly difficult, to the point that I don’t even know how they are possible. This to me is a good thing though, and well makes up for the cakewalk that was American Wasteland.

What the game also adds is depth in general. Not only do people throughout the world give you goals to complete, you can pick some up along the way yourself. You won’t be able to walk 5 feet without seeing a spray painted sidewalk or wall. These represent goals to help build your rank up. They could include grinding to a certain point, wall riding high, acid dropping from a certain point, et cetera. There are a lot of these scattered around, and to get into the top 8 you will need to take advantage of most of them.

The Classic mode is back, but it’s instead weaved into the storyline instead of being a completely separate mode. You will encounter people that give you 10 things to accomplish, and you will have to beat them in intervals of two minutes. These include getting a high score, great combo, collecting skate, collecting combo… the usual. Of course there are another 4 that are specific to whatever area you are in. Just for the record, if you want to get Sick for these Classic modes, you need to get all 10 of the goals done in two minutes flat. I’ve done a few; I can say they are tough. 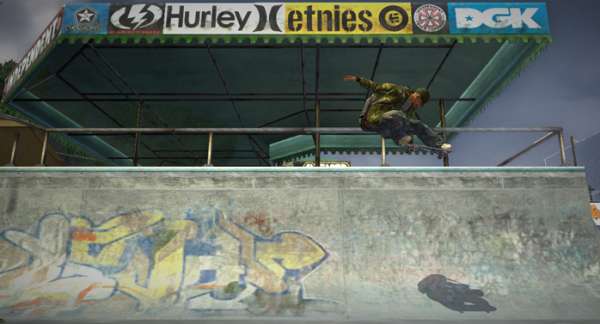 To add even more to the variety, there are now “Secret Spots” throughout the game to find, 36 in total. In each one of these spots is a floating gold Neversoft eyeball. Hitting it will simply tell you the name of the secret, and what number it is. Finding these also add to your rank. Basically, anything you do in the game can increase your rank… such as grinding a total of 140,000 feet.

The game introduces many new types of goals. Breaking bones is huge in P8, and some of the goals will require you to break many. One goal for instance, tells you to knock over 10 bowling pins AND require $60,000 worth of medical damage after you are done. Other such goals require you to land off a tall building, bouncing sporadically into set targets. Breaking bones is now fun, and will help increase your rank!

Aside from the many varying goals throughout the game, each time you unlock a new skater or rank, you will be greeted to a video clip to give you a small break from button mashing. Some of these videos showcase skaters pulling off incredible tricks, some show skaters grinding a rail then slipping to the point of them crying because they didn’t wear a jock strap. Other videos are small advertisements for the sponsors, but are rather humorous when getting their product name across.

Where American Wasteland cut away load times, P8 mastered it. Here, you can literally skate from one huge area to another without a single skip of lag. In American Wasteland the game would halt for half of a second, but not here. Added to this, in some of these areas, standing on top of a building you can sometimes see the other side of the freaking gameplay area… it’s pretty nice. Of course everything in the distance has low textures applied to help with performance, but it’s cool nonetheless.

One of the most notable features about this game though, is the inability to use any trick you want right off the bat. Instead, throughout gameplay you will earn “Stokens”. Basically tokens earned from getting spectators stoked. You then use these Stokens to buy new tricks, boards or pro tricks that you’ve unlocked. This makes sure that you will not earn all of the best tricks early on in the game. It also means that you will be working harder earlier on since you cannot abuse the specials to own the competitions. 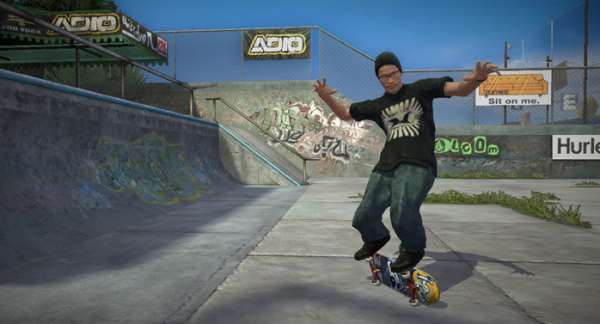 Each year, the developers manage to create new tricks styles. With P8 we have the Nail A Trick mode, which essentially slows down time like Focus mode in order to create custom tricks. While in the air, the left analog stick will control your left leg and vice versa with the right. As you flip your board, you need to time the precise moment to use your opposite leg to push another trick off. If you are so much as an inch out of line, you will crash. This was a seriously frustrating mode at first and I saw little use to it, but you can catch onto it quickly. However, due to the fact that it’s incredibly easy to bail, I can’t see anyone using this mode when trying for massive combos.

Of course there is online play, which is a huge win for Xbox 360 owners, as there is absolutely no online play for the Playstation 3 version. What you would expect is here, the ability to hop on and grind up the town with your friends, trying to beat their best scores. Although I haven’t played much online at this point, it’s been a rather pleasing experience with little lag. Many of the Achievements can be found online, so you will want to play there often if you wish to unlock all 1000.