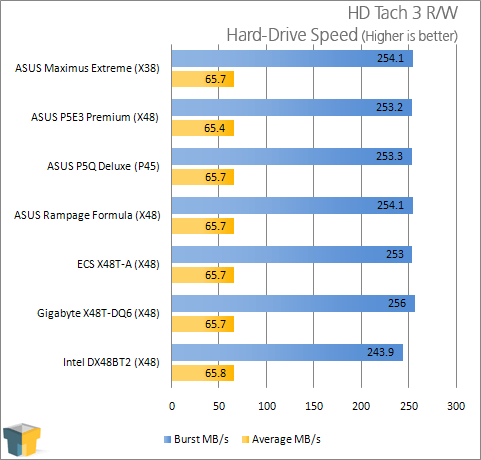 Most of the boards offer near-identical I/O performance, with the exception of the Intel DX48BT2, which falls oddly behind in the burst mode. Even that difference wouldn’t be noticed in real-world tests, though, since the average MB/s kept consistent. 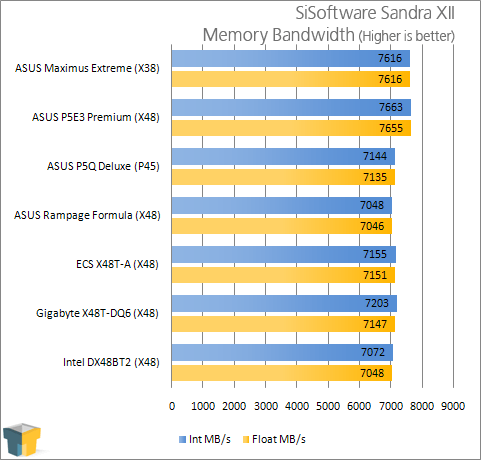 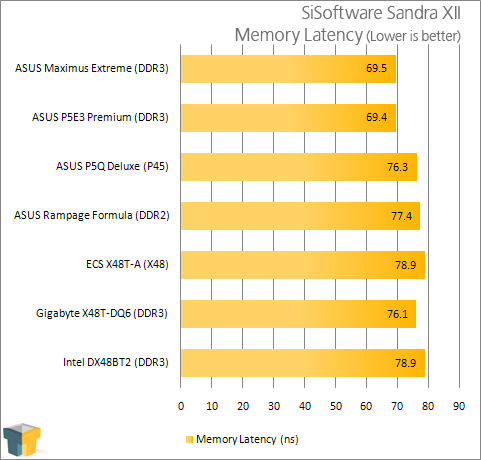 Both the ASUS Maximus and P5E3 Premium excel in overall memory bandwidth, while the Rampage Formula and DX48BT2 fall in last place. The Rampage Formula’s reason is due to DDR2, though, so the Intel board doesn’t have much of an excuse.