Similar to many other manufacturers on the market (such as Gigabyte), ECS uses an American Megatrends BIOS on their boards. Though the same make, depending on the board manufacturer, the enjoyment gained from using them can vary wildly. On Gigabyte’s boards, their options become confusing, but nothing on the ECS board became too much of an issue to deal with.

Sadly, though, like their actual motherboard design, the BIOS acts in certain ways that I just cannot comprehend. First and foremost, the biggest issue is that ‘defaults’ are chosen for everything when first entering the tweaking section. Our QX9650 had a 60x multiplier and all of the memory timings were set to their lowest values.

All of this results in a board that’s not at all fun to overclock. Most overclockers don’t care about secondary memory timings, but in order to get anywhere here, you need to. If you choose to alter memory timings and leave them as they are, you will no doubt have an unstable system, requiring a switch of the Clr_CMOS toggle. 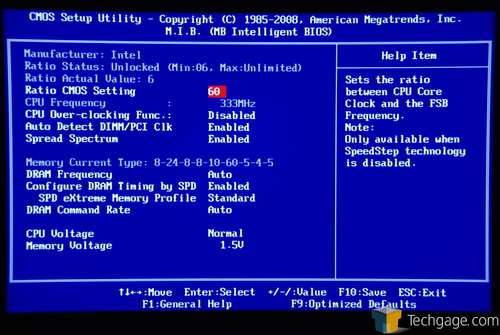 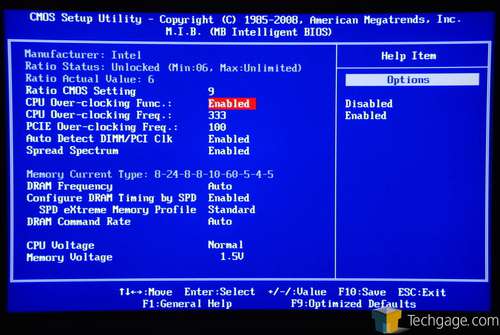 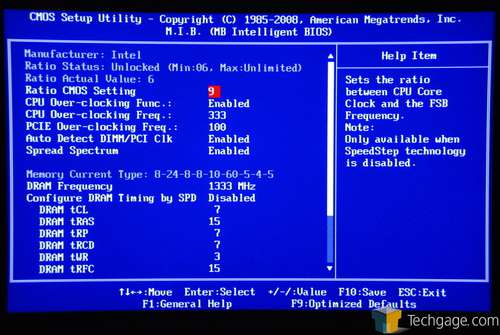 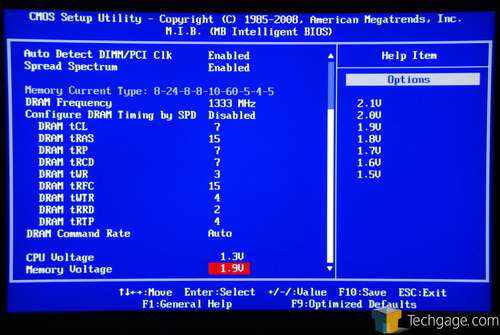 On top of the lackluster tweaker options, the voltages do not go near as high as they do on other boards, with the top DDR3 voltage being 2.1V. Most real enthusiast boards out there go to at least 2.6V and higher, so don’t plan on doing much heavy overclocking here.

Here are the remainder of the BIOS options: 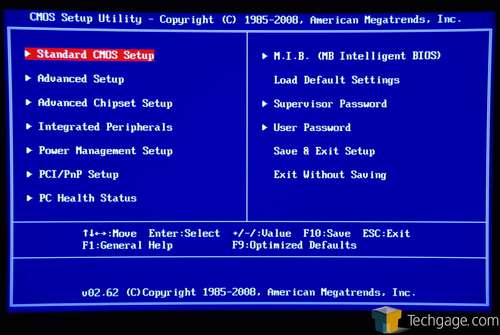 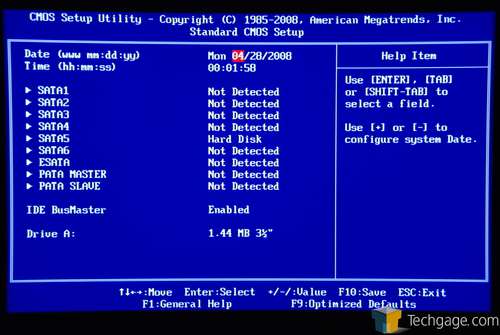 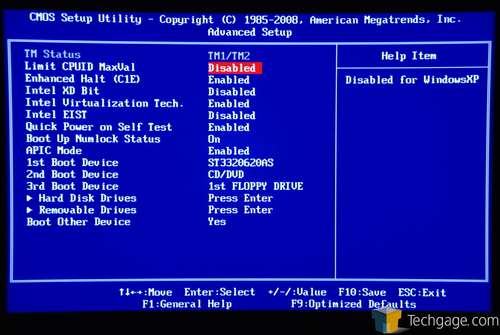 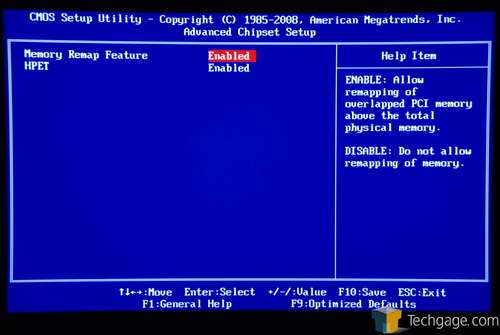 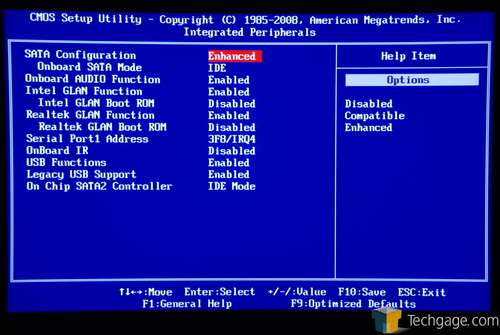 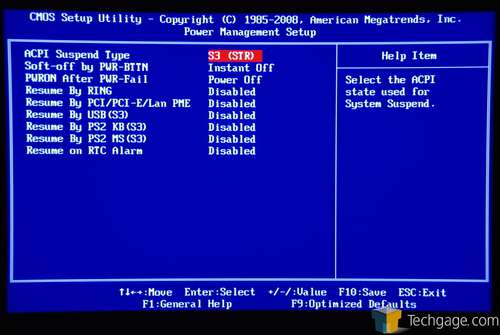 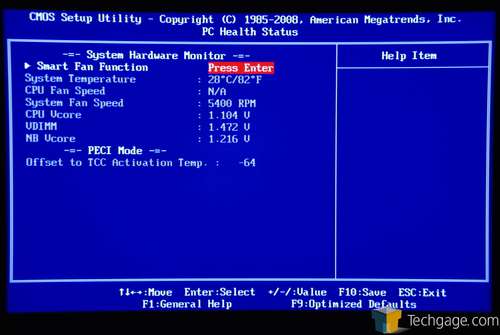 Before we get into our performance results, let’s wrap up our look at the boards themselves with Intel’s DX48BT2.