It’s been a long time coming. Developed by the fine folks at Firaxis, XCOM: Enemy Unknown is a reimagining of the classic strategy game, but without the genre-bending tactics of other ill-fated titles. Will veterans of the original rejoice? Does it remain fresh for a new audience? Have I really been mind controlled? Read on to find out!

I have been a long-time player of anything and everything X-COM/UFO-based. It all started with an unhealthy obsession with a demo back in 1994, UFO: Enemy Unknown – or X-COM: UFO Defense in the US. Merely a year later in 1995, Terror From the Deep came out, an underwater excursion using the same engine but with a new lick of paint and some shady ‘science’. I still feel that Apocalypse was an underrated game, sure – you were tied to a single city for what was a global event – but the engine used was surprisingly complex (throwing a grenade into the corner of a building could set off a cascade of falling debris and a very unhappy landlord).

I have played the ‘inspired by’ series of ‘After‘ games: UFO Aftermath, Aftershock and Afterlight. The latter was an exceptional game, one where you had to not only fend off the continued invasion of aliens, but also terraform Mars within time of the waking survivors of Earth who are currently in suspension.

I have continued with current game releases and spin-offs from other developers too, such as UFO: Extraterrestrials and the open source UFO: Alien Invasion. Hell, I’ve played and even completed X-COM: Interceptor; being a glutton for punishment, I even played and nearly completed… hold on a minute, this is just as painful as passing a kidney-stone… played… X-COM: Enforcer. Why? No really, why the hell did I play that?!? 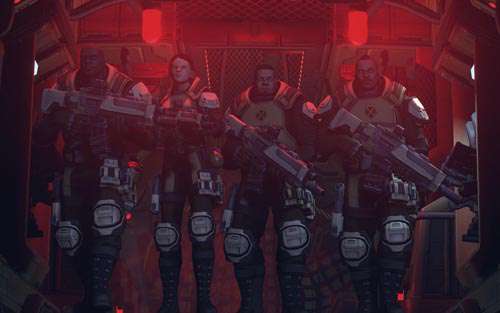 Anyway – I have been playing this series for a very long time. A couple years ago, I had heard about a reboot to the series by 2K Games. My little heart jumped with joy and was borderline ecstatic. Straight up ‘XCOM‘ as it would be known, had been in development for a long time, but no details had been released till 2010. As soon as I had calmed down, it was later announced that XCOM would be, of all things, a first-person shooter. Oh how my heart sank like a stone; jubilation quickly became disgruntled psychoses. For some strange reason, I also started to develop gallstones at this point. Must be a coincidence.

However, not all was lost! Super secret Sectoid familiars had been mind-controlling a separate team headed up at Firaxis (also under the 2K banner), and this was to be the re-imagining and reboot to the series that us long-time strategy nuts had been after. XCOM: Enemy Unknown. Sorry, I just had this overwhelming Austin Powers moment to shout, “Yeah, Baby!”. 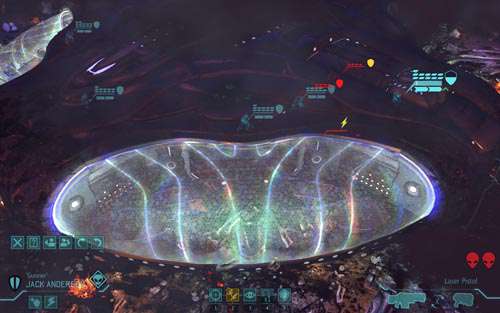 So here we are, with the fully-completed product developed by the folks that did Civilization and in the same genre as the original. It’s at this point I can say life is good – even my gallstones have been removed. Yes, this is a long intro, but it’s every bit as deserving. XCOM: Enemy Unknown is the real deal, and one that the original developers to the franchise can be proud of. Go forth, buy, play, enjoy.

Oh wait, you want a full review too? Damn… 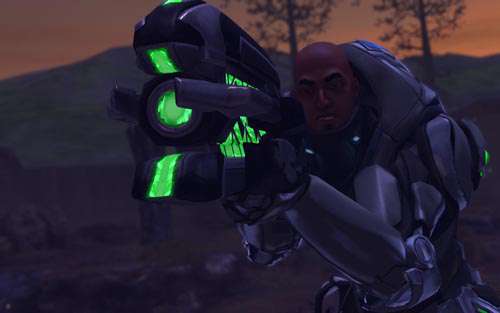 There are so many things right with XCOM: Enemy Unknown. It has the split interface and gameplay mechanics of the original; having both the strategic Geoscape where you handle the day to day operations of a globally-funded, alien arse-kicking, political warzone. Then there’s the tactical gameplay where you will arguably be spending much of your time, controlling your troops on the ground so that they don’t do something silly. It’s like The Sims, but with guns… and a purpose. Yeah, I said it… what of it? 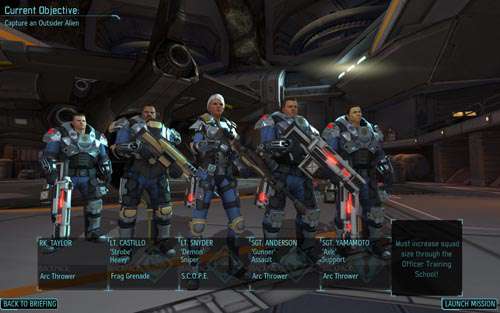 Where Firaxis has added its flare is with the approachability to it all. The original X-COM games were pretty much games of discovery. You were plopped into a situation with absolutely no hand-holding, no tutorials, no real idea of what’s best or what to do. While some may love this (and forums can be littered with vitriolic disdain for the ‘super easy’ culture), it’s much better to be given at least some idea as to what you should be doing and how. It’s not all sunshine and roses though, as you quickly find yourself in an impossible situation with all but one of your troops dead by the end of it. This will become a very common and ugly lesson that needs to be learnt early – not everyone will make it back alive. 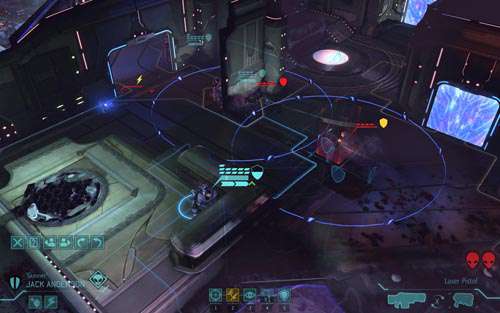 This is not to say that troops are disposable, far from it. They are both critical to your success and very hard to train – and they most certainly need training. How your soldiers develop is both a little bit of luck and player control. Each soldier has a natural affinity to a particular role – and you don’t find that role out till they’re promoted.

There are four roles in total: Assault are your all-purpose frontline soldier, with a wide range of situational abilities at their disposal. Heavies are as their name suggests, bringing the pain with an array of explosives and heavy weapons. Support are much more than medics in this, and you should not underestimate their capabilities. Finally, we have the Sniper. While their role is somewhat limited, they are extremely dangerous. I’ll let it out now that a single Sniper on my team is personally responsible for a third of my total kill-count so far. Yes, there’s that personal attachment thing kicking in… 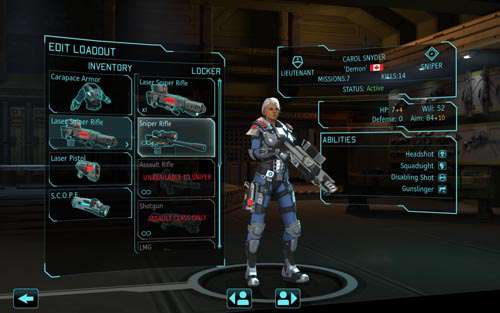 Once a soldier’s role is known, it’s then left up to the player as to how they progress. Your decisions are mostly binary, and more abilities are unlocked as the soldier’s rank increases. People who are familiar with the franchise will also be aware of that dreadful gotchya in the later game, that of latent psionic abilities. Unlike previous generations of the games, not all soldiers are psychic, nor can they be trained; they either have it, or they don’t, and you won’t find out till much later in the game. This leads to another problem – psionics are not only rare in the game, they’re also a lot more powerful. You won’t find alien turns filled with the screen flashing all over the place as an army of Ethereals unleash wave after wave of panic attacks – instead, you’ll find members of your team going rogue in a heartbeat, and there’s nothing you can do about it. 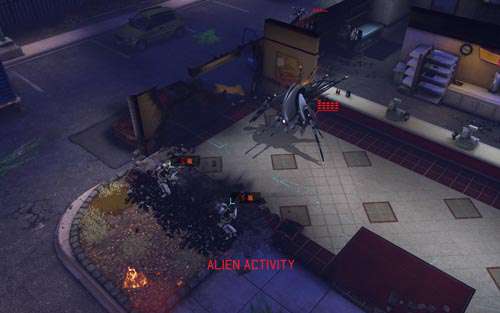 Medkits and healing in general is significantly more important too, due to a new willpower-based system and critical injuries. If a soldier becomes injured, you can either wait till the mission is over, whereupon they spend a few days in the med-bay, or try and heal them during the mission to minimize their time out of action.

However, if a soldier is knocked unconscious via a critical wound, then things become rough. You typically have three turns to stabilize them before they die, but the damage has already been done. Critical wounds cause a permanent loss of willpower to that soldier, and it’s not a small loss, either. They will become easier to scare and/or control. Even something like suppressive fire will cause them to become paralyzed with fear. It’s sad to say, but that soldier may as well be dead at this point and you should consider relieving them of duty.