When writing a graphics card review today, it’s very easy to start off with a line like, “ATI struck back, NVIDIA weeps”, but the truth is, although ATI did release some killer GPUs this past summer, as we’ve covered multiple times, saying NVIDIA is out of the game couldn’t be something further from the truth.

There’s little question that over the course of the past few months, there has been a massive shift towards ATI, and NVIDIA is undoubtedly feeling the effects. Coupled with company layoffs, ongoing lawsuits and defective product, it couldn’t be much fun being an NVIDIA employee right now. But while the company is going through a rough patch, some of their best GPUs are getting overlooked, like the GTX 260/216, which competes very nicely with ATI’s 1GB HD 4870, for roughly the same price.

Given the choice personally, I tend to be drawn more towards NVIDIA’s offerings, but it’s for a few different, but very specific reasons. The first is the drivers, which I find to be much more reliable in terms of installation when compared to ATI’s bloated .NET-based offering. I’ve installed ATI drivers many times in the past that didn’t take effect until I installed them a second time. Something like that just shouldn’t happen. Second, NVIDIA’s drivers are far more Linux-friendly, but that’s going to appeal to a much more specific crowd.

But I digress, and when all said and done, both companies offer superb GPUs for prices that are unbeatable. Just take a look at what was available at this time last year, and the year before. Just this past January, I recall talking to friends about how great the 8800 GTX still was, even a year after its release. But fast forward ten months later to today, and that card looks completely outdated when compared to the latest offerings. What am I getting at? It couldn’t be a better time to upgrade your machine with a new graphics card. Prices are great, and performance greater. It’s almost impossible to go wrong.

As I mentioned above, the GTX 260/216 is quite comparable to ATI’s HD 4870 1GB. Where things begin to change is with overclocking, because while NVIDIA’s GPUs are quite open-ended (thanks in part to RivaTuner), ATI’s Catalyst Control Center, for some reason, gives poor top limits on both the Core and Memory clocks. Part of that reason might be due to heat, but that still gives the advantage to NVIDIA for overclocking fanatics.

In the case of XFX’s “Black Edition”, the company wanted to make sure that the HD 4870 1GB took a seat on the runners-up bench, and given the pre-overclocked nature, it might even come close to GTX 280 performance. 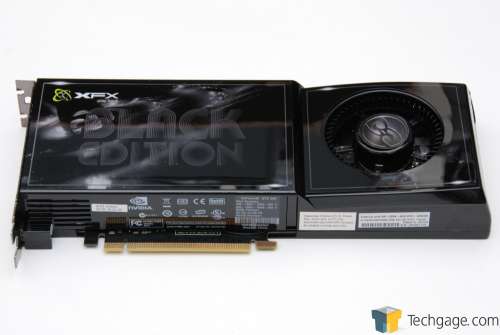 As a quick recap, there are two different versions of NVIDIA’s GTX 260. The first saw a release in late June, while the follow-up came months later. The reason was of course to help combat ATI’s fresh releases, and while such a move is understandable, it certainly adds to the confusion factor. The differences between the two are minimal, but the most recent version has had its stream processors count bumped to 216, from 192.

That can cause a slight issue when looking to purchase one. For some reason, many of the older 192 cards are still selling for close to the same price as the 216, and sometimes even more, so without looking closely, it’s easy to end up paying more for a lesser-performing card. It’s made more difficult because even the core clocks are identical, so it’s important to make sure what you are buying has 216 available cores, unless you find the older model for $30+ less than the newer model.

What helps set XFX’s Black Edition apart is a pre-overclocked Core Clock, which at 666MHz, is 90MHz above stock. That’s no small change, so compared to a stock-clocked GTX 260/216, differences are sure to be seen. The Black Edition is set to carry an SRP of $329, although the street price is going to be closer to $299 – $309, which puts it on par with other GTX 260/216 models out there.

To help increase the value further, XFX is bundling the Black Edition with a copy of Far Cry 2, which seems to be a great choice. That game has been receiving rave reviews so far, and it sure looks more attractive than the games being bundled with other GTX 260/216’s, if they happen to (Zotac bundles GRID). Due to time-constraints, I was unable to test out the game in order to include results in this article, but when able, I’ll explore the game and see if it makes sense to include results from in in our forthcoming reviews. 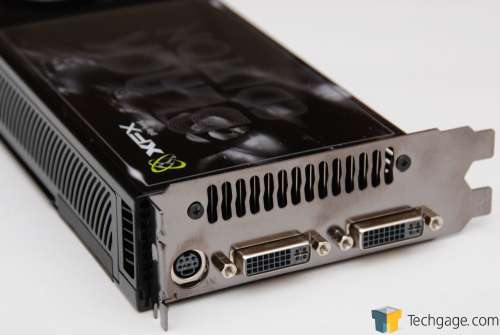 XFX’s card follows the reference design to a T, with a bulky, yet capable cooler that truly helps make the card feel like a tank. Included on XFX’s model are two DVI ports along with a TV-Out. For those looking to use other connections, the company also includes a DVI-to-VGA adapter and also a similar adapter for HDMI. Since the card utilizes HDCP, you’ll have no problem enjoy your high-definition content with this GPU. 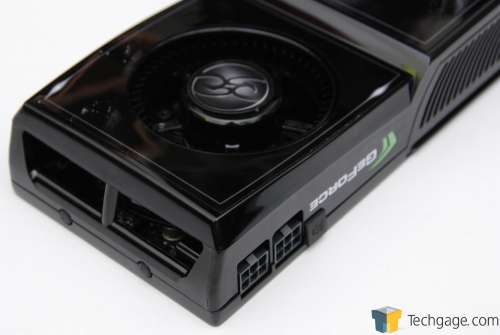 Like ATI’s HD 4870, NVIDIA’s GTX 260 (and 280) require two PCI-E 6-pin connectors, and a power supply requirement of at least 500W with 36A available on the +12V rail. If you wish to take the SLI route, finding an “SLI Certified” PSU is a good idea, or at least finding one with an even higher amount of amperage on the +12V rail.

With our look at the card out of the way, we can jump right into our testing methodology. We highly recommend you read through this page if you are unfamiliar with how we conduct testing, as it differs from what you may be used to. If you are already familiar with how we do things, feel free to skip to page three, as we kick off our testing with Crysis Warhead.