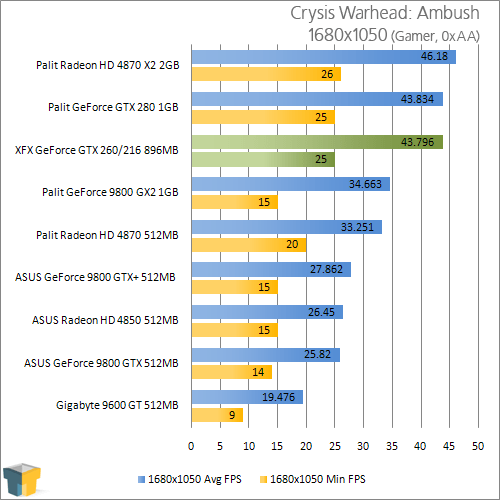 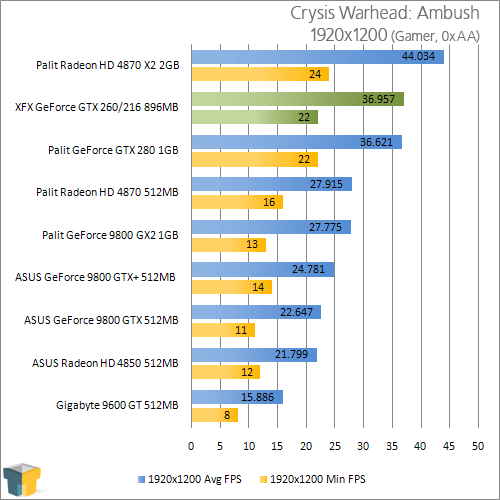 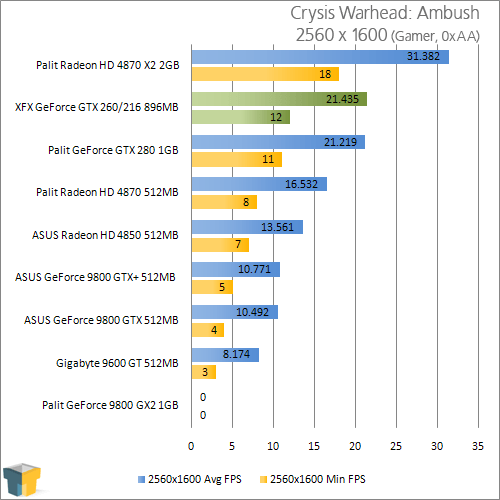 On the introduction page to this review, I mentioned that XFX’s pre-overclocked GTX 260/216 might compete nicely with the GTX 280, but as we can see, there is no “might” about it. In each one of our resolutions here, XFX’s card keeps up to our stock-clocked GTX 280, and in some cases, surpasses it.

Like the GTX 280, “Gamer” isn’t likely to be chosen when using 2560×1600 as your resolution of choice. That particular setting is a lot more playable at 1920×1200, but when maxing out what your 30″ display is made of, you’ll want to scale down to “Mainstream”, which still delivers a gorgeous experience at a comfortable 45FPS.