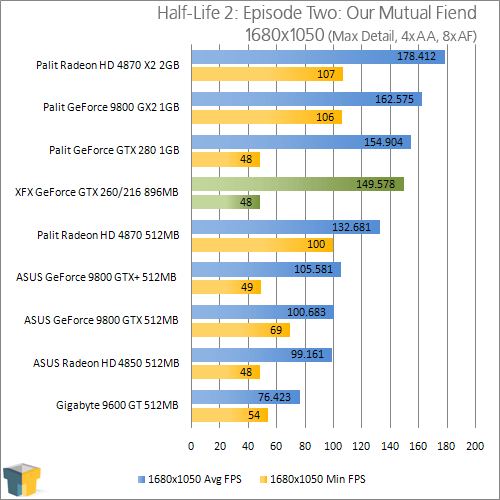 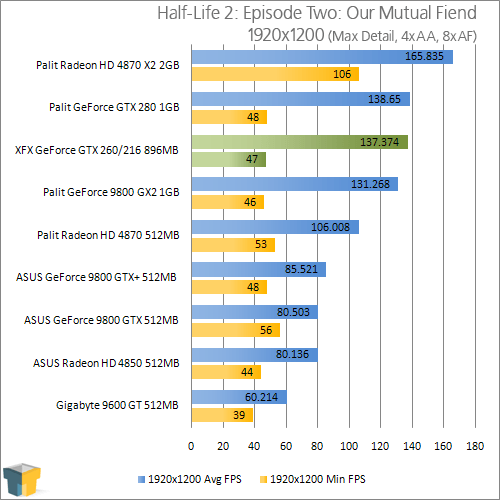 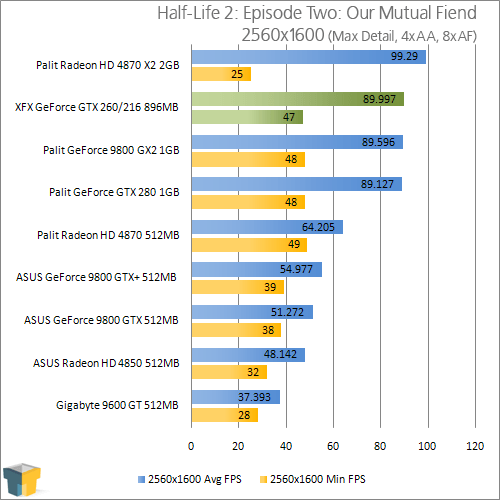 The tradition continues here with the GTX 260/216 performing almost identically to the GTX 280 at higher resolutions. For some reason, the GTX 280 performs a little bit better at 1680×1050, but like our previous results, it’s a minor difference.

XFX’s nice overclock on this card helped push it up and over the GTX 280 by half a frame-per-second, totaling over 60 FPS for an absolute top resolution and ultra-high-end settings.