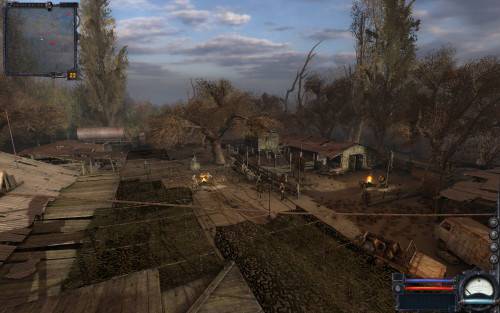 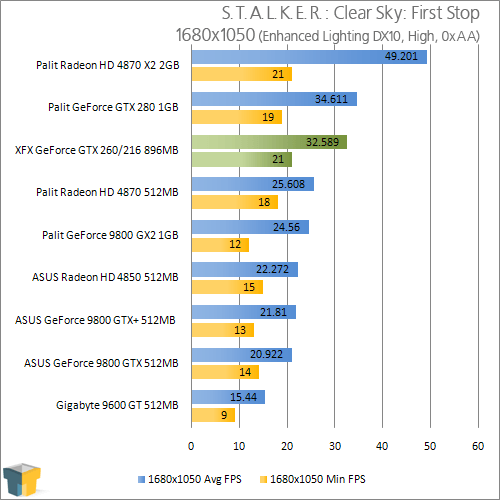 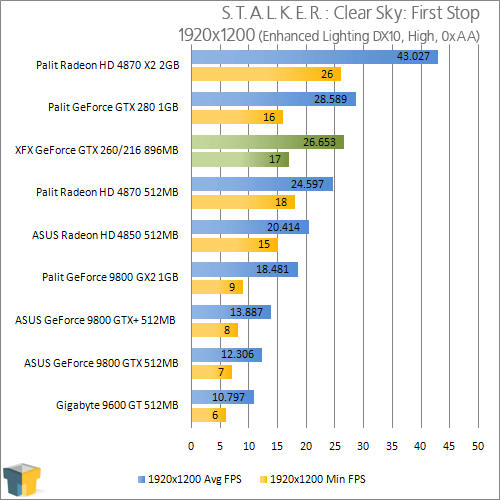 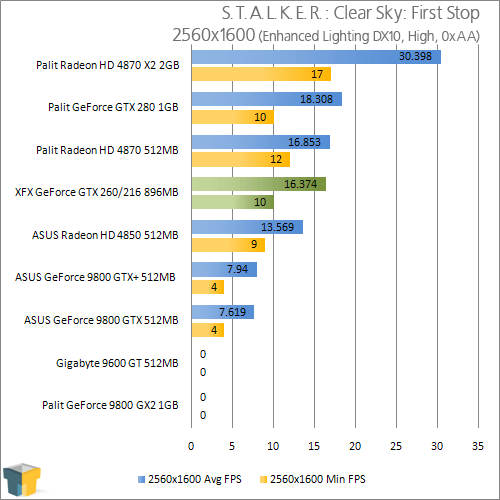 The humorous thing about S.T.A.L.K.E.R. is that almost all of the above results are not “playable” by my standards, except with the HD 4870 X2 on 1680×1050 and 1920×1200. Using DX10 mode is very strenuous, and it might just take a little while before affordable GPUs can handle the stress at any resolution.

With that said, like the GTX 280, the best playable setting is achieved by using the same graphics mode sans DX10 and also dropping the quality settings to Medium.