Inside the box lives the PSU and the manual and 4 mounting screws. Nothing out of the ordinary. The PSU is your basic black with fully sleeved cables. No modular plugs and no chrome finishes here. There is a gold grill on the rear of the PSU and the power switch has a neon bulb in it to let you know it’s powered up. The switch remains lit whether or not the switch is on though so it’s only useful in indicating that the source to the PSU is powered up, you can’t tell that the PSU is on or off at a glance.

Sadly mine didn’t include a 24 to 20 pin converter which means that if you’re using this PSU on an older mobo that doesn’t have a 24 pin ATX connector you’ll have to let the other four pins hang off the end. It will work with some boards but others will have difficulty due to crowding around the ATX plug. Since I’m on the subject I’ll list the rest of the connectors.

Going by the wiring colors it looks like the 12V rails are split up as follows 12V-1 to drives, 12V-2 to CPU, 12V-3 & 4 to motherboard and PCI-e connectors. Not quite following the split plane specs but it does insure that the PCI-e cards have plenty of power to pull from. 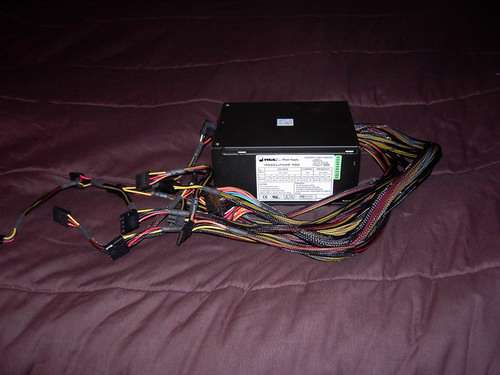 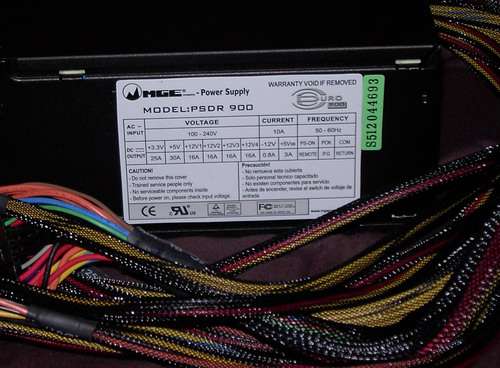 I’ll once again let the label do the talking on the specs for the rails but I do have to interject something here. According to the manual the PSU has several different wattage claims. At one point it states 900W continuous. At another it states 170W on the 3.3V and 5V rails and 685W total on the 3.3V, 5V and all the 12V rails with 700W overall. I’d like to see this straightened out as it’s confusing.

And without further ado, the guts of the PSU: 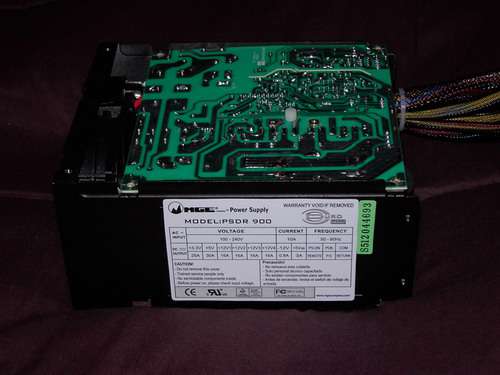 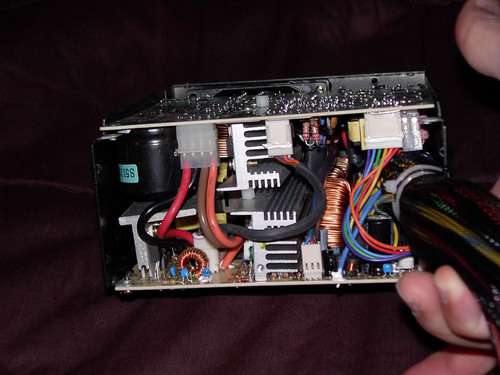 Yes, this is a dual sided PSU. Kind of reminds me of the Ultra X-finity 600W but unlike the Ultra the Duro isn’t pulling rail voltage from the upper board. Instead the Duro is using the upper board for the active PFC circuitry. Sadly I couldn’t fully split the two halves of the PSU completely apart due to the majority of the control cable connectors being glued into their sockets but I was able to unplug the power connector and give you a good view of the boards by holding them apart. 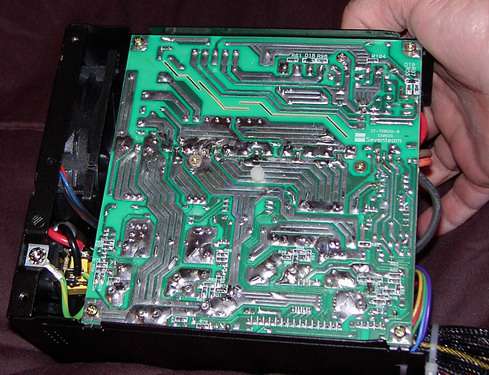 Looking at the bottom PCB we see that the Duro is made by Seventeam and carries their model number of ST-750EAX-8. Looking at Seventeam’s site they list the 750EAD model as a 750W. The 750EAD features all the same rail specs as the Duro and is a single 80mm fan PSU. Even if the Duro is in reality a 750W PSU it’s still a monster and should be more than most people would use. 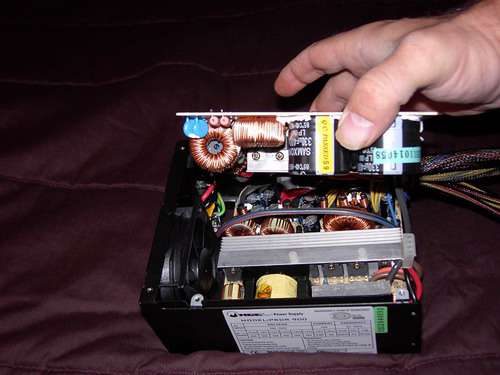 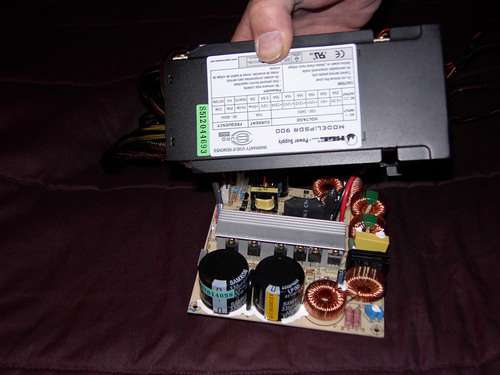 Looking at the insides you can see just how extensive the PFC circuit is. I also like the fact that toroids are used throughout for the majority of transformer duties. For those that don’t know, toroids cost more to manufacture and are generally considered to be preferable over ferrite core transformers.

I think part of that is the design of a toroid helps to shed heat due to the coil being open to airflow and not tightly wrapped and taped. As we all know heat is the enemy of electron flow. As heat increases in any component the resistance to electron flow increases. This cuts down on voltage and amperage. This could explain how the Duro could live up to it’s ability to deliver stable wattages even under high temperature conditions.

You’ll note I didn’t say rated wattages as that’s still up in the air. I spoke to the rep about this issue and he said it would be amended in the manual and on their site but as of this writing it’s still the same on the site and in the PDF version of the manual.

Page List
Top
1. Introduction
2. Inside the Box
3. Testing and Conclusion
<< Back
Forward >>