Zalman has long been a producer of quality cooling products and have had good overall success in our reviews. I took a look at their CNPS8000 early last month and was far from impressed. It was actually the first Zalman product I’ve used that left a bad taste in my mouth. It had good intentions, but simply didn’t perform well enough to be considered by anyone. Then I received the CNPS9700 LED, which I knew had to impress me more than the 8000. Why? Because it’s a larger version of the 9500LED which both Greg and I had great experiences with.

We were not the only ones who enjoyed the 9500LED however, as they sold incredibly well and received good reviews the world over. So, it only made sense to follow up with a larger version for even better cooling ability. The primary difference between the 9500 and 9700 is the size. The 9700 LED has a 110mm fan as opposed to the 9500s 92mm. Thanks to that fact, this is one large cooler, but still managed to fit inside my NZXT Apollo case without issue.

The cooler arrived in a very similar box as the CNPS8000, although this one proved larger for obvious reasons. 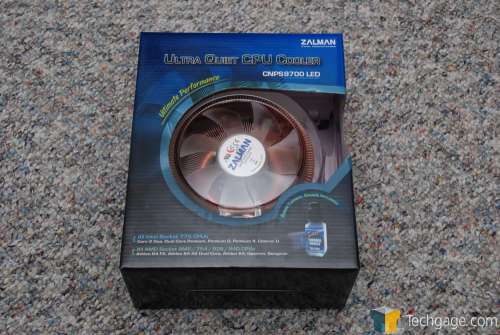 Here are all of the included extras laid out. We have the fan controller, motherboard brackets and screws, thermal paste and installation manual. 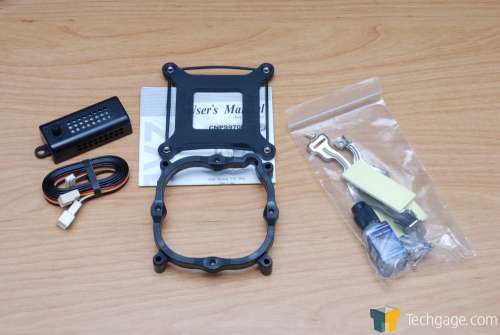 The 110mm fan is completely clear, which is usually the case with fans that are LED equipped. 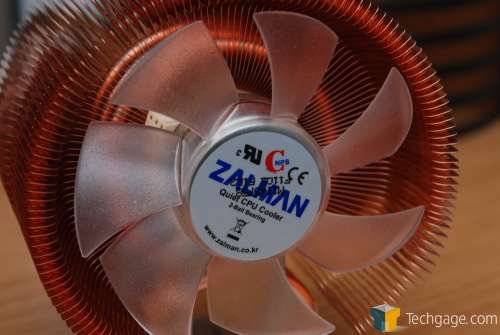 This is easily one of the best looking coolers available. It quite simply, is a huge copper flower with numerous fins. You have to be careful holding and installing the cooler though. I have in the past, cut myself on the fins and it’s not fun. Who said being a computer geek wasn’t a dangerous job? 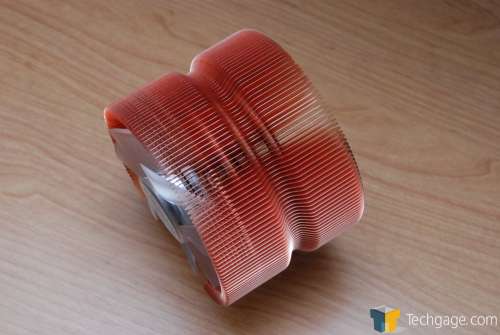 The fan cable is tucked away inside the cooler. You just need to reach in and pull it out. 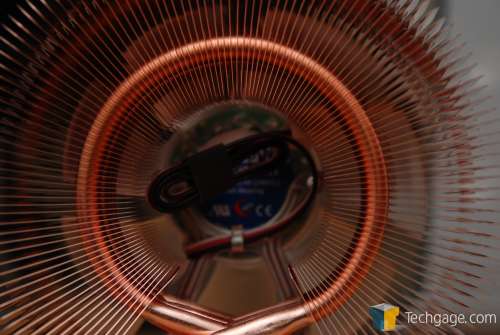 It looks like there are 6 heatpipes… and in a way there is. Physically, there are only three but they form a figure eight pattern to flow back into the copper base on the opposite end. 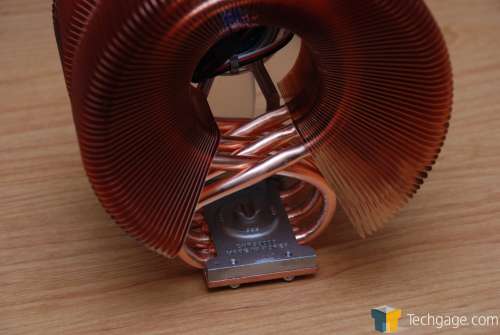 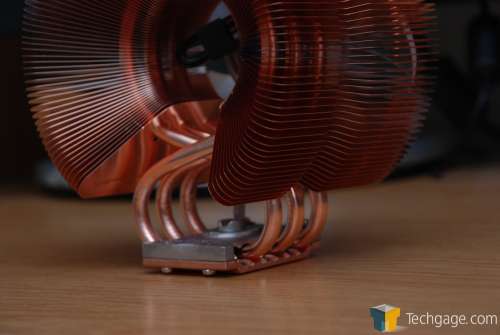 The base was a little cleaner than this at first, until I accidentally ran my thumb along it. 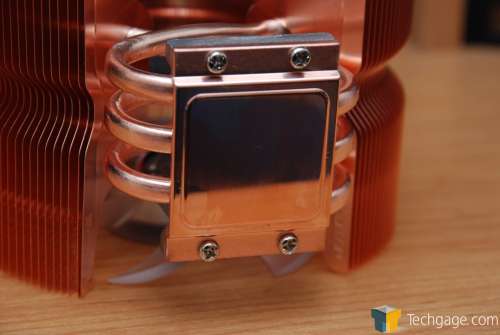 There you have it. Not a far stretch from the 9500 that we’ve seen time and time again. Let’s move onto the installation process.