Zalman recently launched a new low-profile cooler by the name of CNPS8000. Physically it looks to have a lot of potential; It’s a great looking product overall. Included is a fan speed controller for when you feel the need for an extra punch. Sadly, in our testing we have found even with that extra cooling ability, this cooler falls short.

Zalman has released many coolers over the years and we’ve reviewed a fair amount of them. There hasn’t been a Zalman product we’ve despised yet, so they have a good track record over here. After the large success of their 9500 coolers, they released their low profile CNPS8000. This is a cooler designed for those with HTPC’s or SFF PC’s or those who simply want a quieter cooling solution.

The packaging is small… just large enough to safely hold the CNPS8000 and also the random extras. 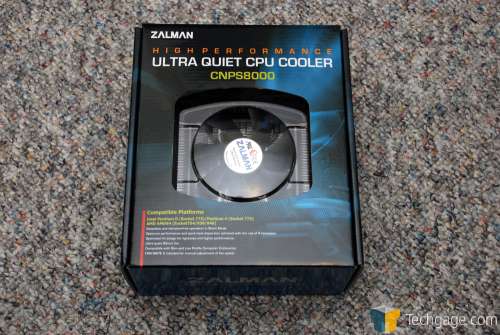 Those extras include the bracket for both the 939/940 and 775, thermal paste, fan controller and manual. There is also a Zalman tower sticker in case you want to show off what’s inside your rig… without actually opening it. 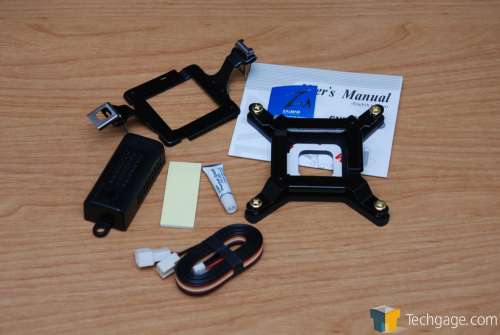 When Zalman conjured up the idea for the 8000, they obviously wanted to make a lower profile cooler with maximum heat dissipation. Two sides of the cooler have a plastic guard with the Zalman name and the opposite sides are part of the main base of fins. there are a total of four heatpipes, two of which go right beneath the fan and the other two which go through each side of the cooler.

The fan blows air downward onto the cooler. For this to be really effective you’d want to have real good airflow or else you are just going to get warm air blowing at the cooler which will defeat the purpose. 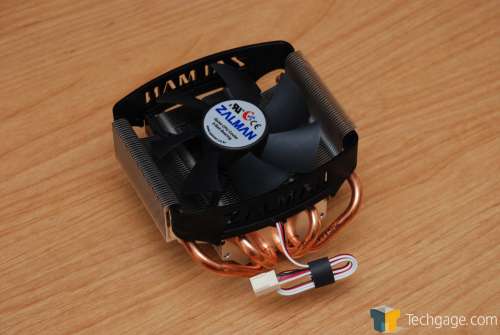 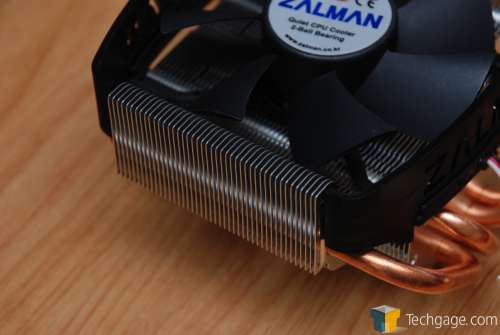 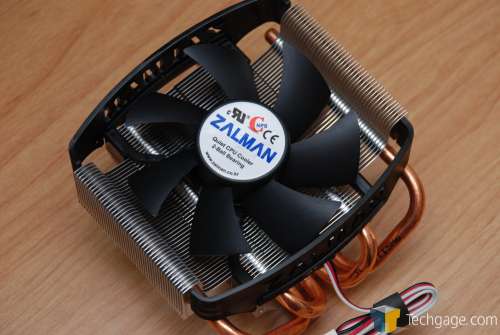 Onward to taking a look at the backside of the cooler as well as the installation.