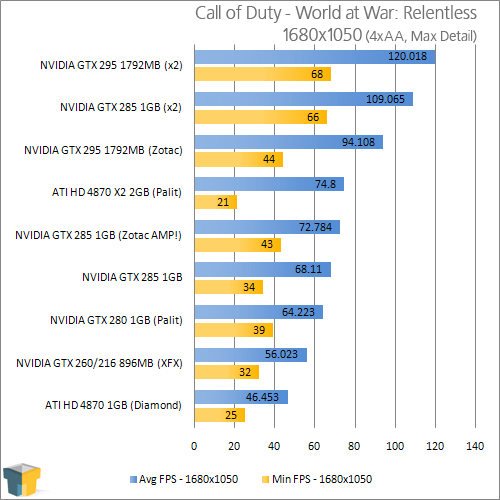 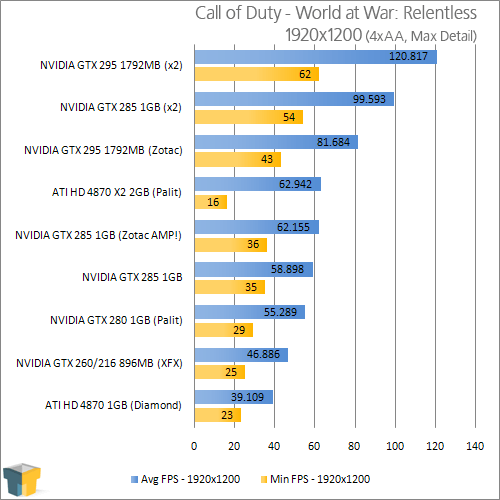 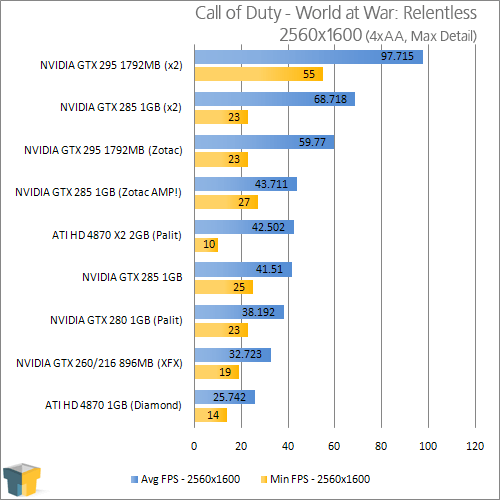 For this particular title, anything at or above the GTX 280 will offer a decent gameplay experience at 2560×1600 max detail, but the gameplay does noticeably smoothen out the higher you go. I’d say the GTX 280 is a bare minimum, as 40 FPS is generally the “best playable” for that resolution, although going lower is fine if you’re not that fussy.

With the aide of driver-forced Anti-Aliasing, we were able to apply 8xAA to both of our GTX 295 and 285 SLI configurations, along with the single GTX 295 and also ATI’s HD 4870 X2. At this particular set of settings, the GTX 295 provides the best bang for the buck, as 52 FPS is ideal for enjoyable gameplay. Other cards in our line-up were forced to stick to 4xAA to retain modest gameplay, while the HD 4870 was forced to drop AA entirely.