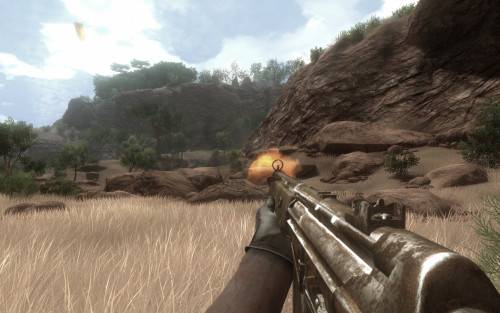 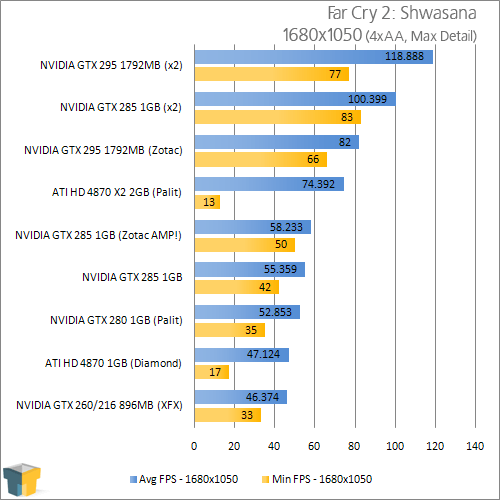 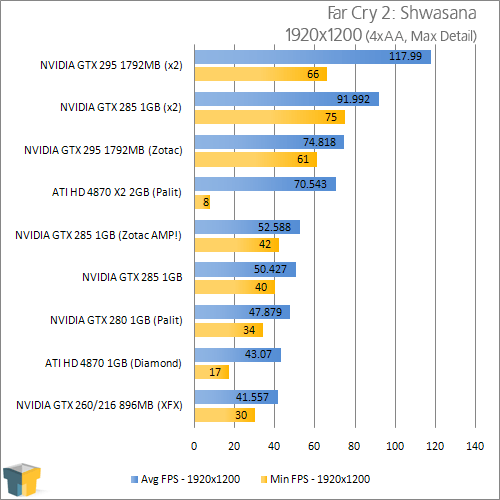 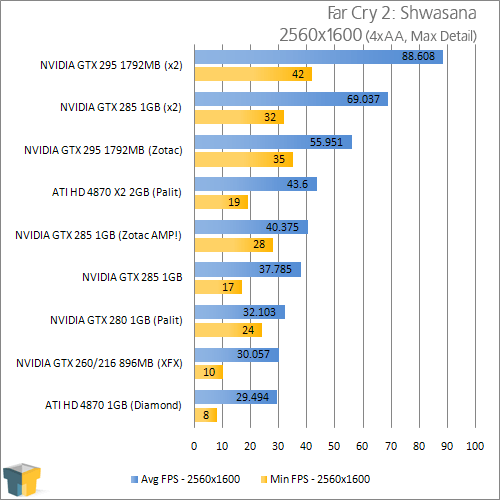 Although Far Cry 2 is visually-pleasing, it doesn’t take a massive card to power at modest resolutions, and that’s evidenced throughout our 1680×1050 and 1920×1200 results. At our 2560×1600 setting, results became a little more tight, with only the fastest cards proving beefy enough to deliver smooth gameplay. Here, Zotac’s AMP! edition and anything above are ideal for this, as ~40 average FPS is generally a good goal.

For some reason, 8xAA is generally impossible for most of our GPU configurations, and I’m not quite sure why, given that 4xAA performance is so good. Running with 8xAA, though, resulted in much lag when the level finally loaded, and as a result, only our GTX 285 SLI configuration managed to get by with 8xAA. The issues I experienced could be a per-basis issue, but I report them as I see them.

Generally speaking though, 4xAA is going to be the best idea for most people, and even when I did have 8xAA function on our single GPU configuration, I was hard-pressed to see a difference. 4xAA became too much for both our GTX 280 and GTX 260 though, but all the others soared on through.