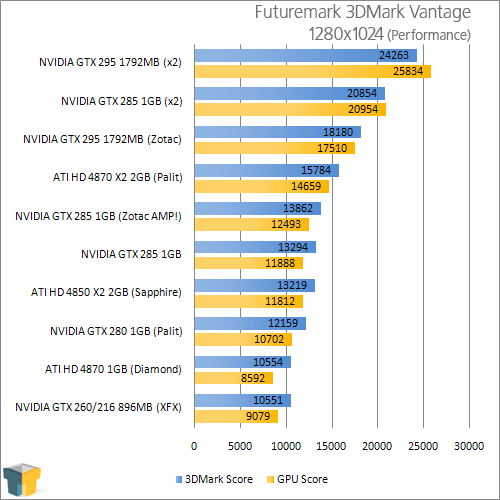 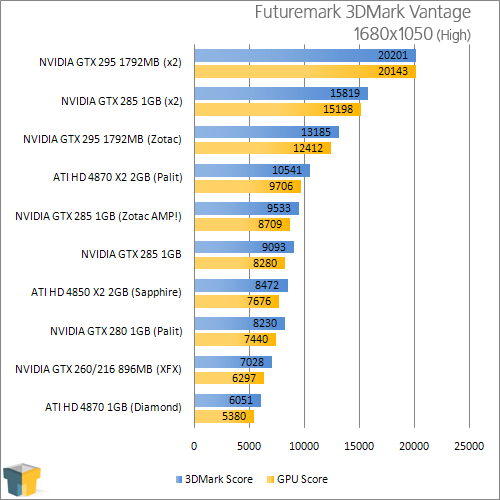 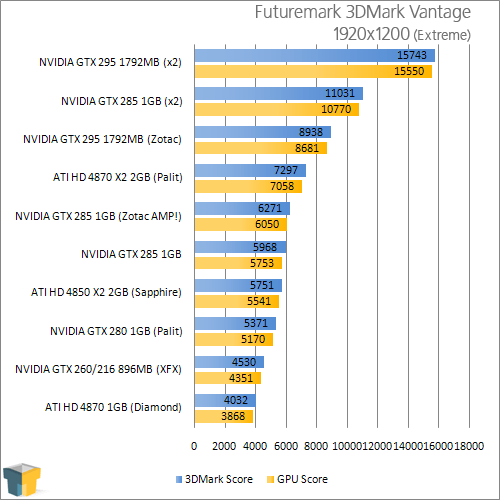 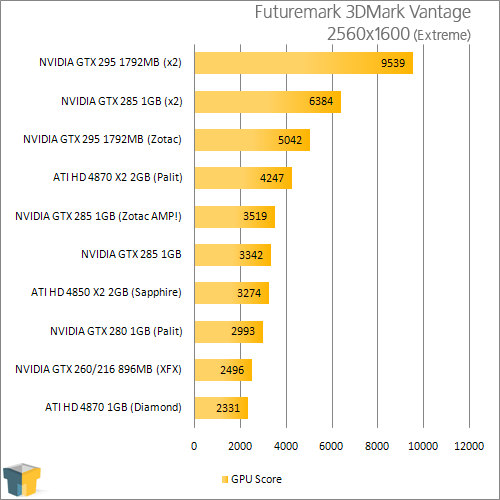 As we’d expect, the higher-end GPUs strut there stuff far better at higher resolutions, and it goes without saying that both the GTX 285 and GTX 295 are for high-resolution gamers only. This was even the case with the GTX 200-series launch last summer, but it’s even more true now. If you don’t own at least a 24″ monitor capable of 1920×1200, you are throwing money out the window. For the GTX 295, a 30″ display is highly recommended.