Tuck in Your Tails and Hide from Big Brother

In a world where everything and everyone is out to get your data, it is becoming increasingly hard to remain anonymous and not be tracked. Facebook, Google, and in a likely third place, the NSA, are all trying to track your personal data, know where you are, who you are talking to,…..

In a time when nearly everyone is moving to a means of digital distribution, Sansa is returning to the idea that selling music in bulk, in a physical form, is the way to go. The songs will be taken from Billboard lists, and currently number around one thousand tracks, but I wouldn’t expect the playlist to remain so small for very long, since the memory manufacturer is also revealing their new 16GB Mobile Ultra MicroSDHC card this month. 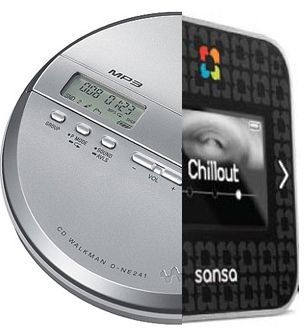 And to play this preloaded music? SanDisk would suggest the Sansa slotRadio that was announced last fall and left everyone speechless, but in a bad way. This little music player was most likely announced last fall with the full knowledge that SanDisk would announce preloaded music cards at this year’s CES, but the timing of the announcements still seems quite odd. If you’re in the market for an MP3 player now, and you aren’t completely sold on the idea of these preloaded music cards for $39.99, but you feel you might want to give them a try later, you might want to consider a Sansa Fuze, which is a currently-available player that is capable of playing these preloaded cards.

Oh, and lest we forget: http://www.youtube.com/watch?v=VQXECBdPgEA

LAS VEGAS—When SanDisk announced its new Sansa slotMusic player last fall, the reaction from the media was lukewarm – why was SanDisk introducing a physical format-based player in the digital file era? A move to microSD cards preloaded with music seems to make more sense…

In an article on TechRadar, the GNU founder and SourceForge supporter, Richard Stallman states his views of his now 25 year old program with GNU to help support and develop free software for all, his criteria for what he considers free software, and why Tivo sucks. (And that barely get the article going.)

What is surprising to me is that the bulk of some of we consider today to be free still comes with some proprietary software packaged in courtesy of NVIDIA and the likes for hardware and other needs. The proprietary bit of code comes with licenses, and handling the legal aspects alone while developing open source software can be difficult. Can Linux distros ever really compete and become popularized while competing in a market stacked against them? If it is up to Richard Stallman and people like Steven Fry, maybe.

Projects like OpenOffice are always helping the cause for free software, but the recent release of 3.0 was not as ground breaking as the release of Firefox 3.0. And While Android is carving a niche for itself in the cellphone world, there are still some people completely clueless to this “open source thing” that is finally starting to stumble awkwardly into the spotlight.

It is a bit old, but you can view a video of Steven Fry discussing the GNU project’s 25th anniversary here. (http://www.gnu.org/fry/) 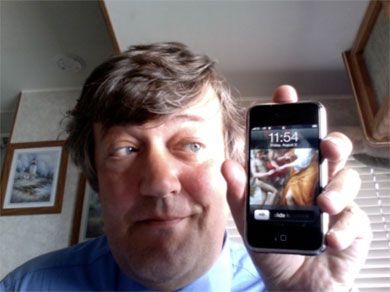 25 years after Stallman first set the GNU project in motion, what have these ideals achieved, and what can we do to ensure the future of free software? Linux Format spoke to him to find out.

While Linux Torvalds gets most of the plaudits nowadays for the Linux kernel, it was Stallman who originally posted plans for a new, and free, operating system. Free had nothing to do with the cost of the operating system, but with the implicit rights of those who were using the software to do with it exactly as they pleased.