3DMark Update Adds Many Steam Goodies, And Is Ready For Windows 11

The folks at UL have released a simpler, but interesting update to 3DMark this week – one worthy of note if you’re a user of the Steam version. While 3DMark is a benchmark, not a game, UL wanted to add a full fleet of achievements that you can work towards earning, as well as release cards and other profile niceties, such as background images and items in the points shop. 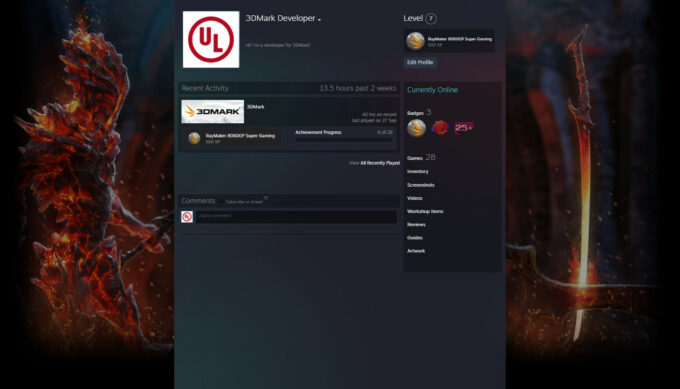 If you’ve ever used 3DMark on Steam before, you may automatically receive some cards. Even though we’ve been using the standalone version of the software for a while, we have run the Steam version in the past, and our profile account received some cards out-of-the-blue after this update.

Looking at the achievements list, there’s quite a number that are easy to attain, but others may be locked away from you if your PC isn’t competent enough. If you have a modern rig with high-end GPU, you may be able to unlock a whack of these achievements in one fell-swoop, although it will require running different benchmarks. 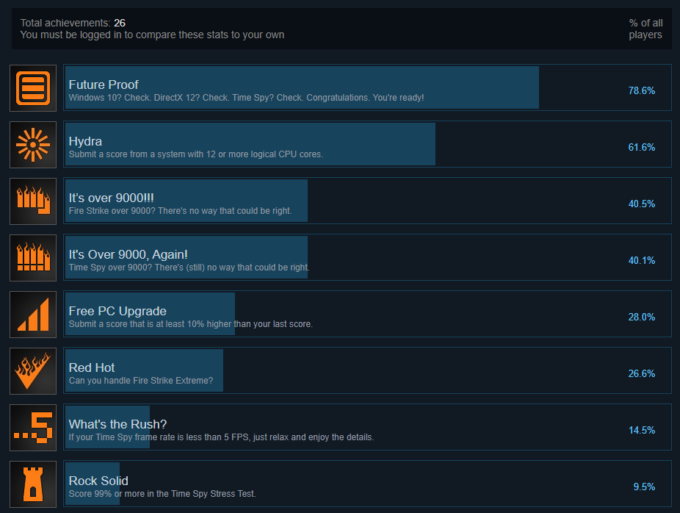 Some of the more commonly unlocked 3DMark achievements

Some of the achievements are not quite clear on what kind of score needs to be attained to gain it, but some are more specific. In the Port Royal test, for example, you need to get performance of at least 40 FPS. If we understand that correctly, based on our results, you’d need at least an NVIDIA GeForce RTX 3070 to hit that mark, and you may need to overclock the GPU to hit it.

In some cases, these achievements will likely become easier to obtain in the future, as current top-end hardware becomes next-gen’s middle-range hardware. Perhaps the hardest achievement of them all is New Year’s Resolution, which requires you to run the benchmark on January 1!

All of that fun Steam stuff aside, UL has also noted that the current version of 3DMark is fully supported on Windows 11, which is good news to us. With the new OS set to launch on October 5, we’re planning to soon jump into in-depth testing to compare the performance between OS versions. Right now, we don’t actually expect much to change, but it could still be that the kernel updates will favor some platforms more than others. We’re eager to get down to this testing.

If you don’t already own 3DMark, UL is marking the introduction of the new Steam features with a sale. You can currently grab the entire package for about as much as a take-out coffee.