Well, this completely came out of nowhere. For those of you holding off on a new GPU, and you’ve been waiting on a new GTX 1080, well, things got a whole lot more exciting with the announcement of a new TITAN – the TITAN X!

No, that’s not a typo, it really is called the TITAN X, and this GP102 based mammoth brings forth the power of Pascal for the new generation TITAN GPU series. It is single handedly the most powerful GPU on the market, and it’ll be hitting a select few retailers on August 2nd for a rather hefty $1200.

So just what do we expect from this new TITAN? 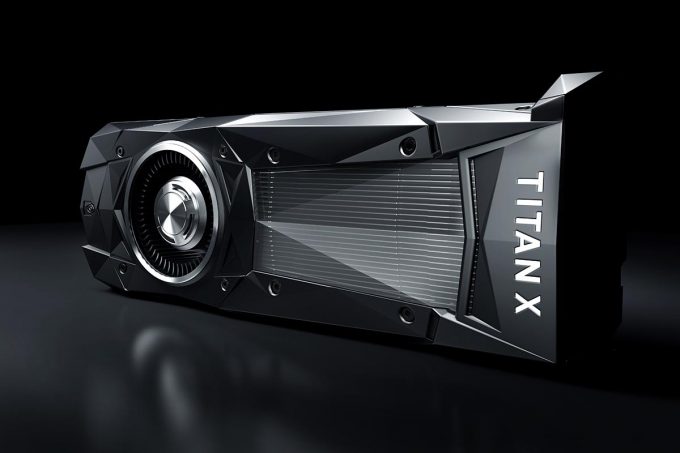 According to NVIDIA, the new TITAN X is up to 60% faster than the last generation TITAN X… and this is really confusing having two TITAN Xs. The Pascal based update sports a rather shocking 11TFLOPs of FP32 compute, over 12 billion transistors. The clock speed is 50% faster with 500 more cores over the original TITAN too. The latest GTX 1080 was spec’d at up 9 TFLOPs of compute (actual is closer to 8.2 TFLOPs), and the last generation TITAN X was about 6.14 TFLOPs.

In addition, we’re introduced to a new metric that you’re likely to see crop up more often in the future, and that’s TOPS, which is used in measuring performance of Deep Learning inferencing instructions. The new TITAN X can perform 44 TOPS INT8… we’ll gather some comparison metrics later. The inclusion of this is significant, as the TITAN X was announced at an AI meet-up at Standford University, where a few cards were handed out, too. This is as much a research card as it is a gaming card.

Looking at the power envelope of 250 Watts, NVIDIA claims some major overclocking headroom too. To cover this, there is both an 8-pin and a 6-pin power connector on the card.

The big surprise though, and possibly a huge disappointment for some… GDDR5X memory. This is not the much hyped release of NVIDIA’s first HBM2 GPU. Perhaps we’ll see that with the 1080 Ti, but that seems unlikely given the new TITAN X doesn’t include it.

You can find most of the details on NVIDIA’s website, along with notification of when it goes on sale – this is an exclusive card at this point, so buying options will be limited. We’ll update you with more details as they come out.