While most websites around the globe are posting their in-depth looks at RX Vega in gaming today, I decided to be a goof and go a different route by tackling the workstation side of things first. This was largely fueled by the fact that I had the workstation test PC hooked up at the time I received RX Vega 64; I quickly decided to dive in and see if some secrets could be unearthed. The answer may surprise you! (Seriously, you may be impressed by its performance. Check it out.)

At the time this goes live, I’ll probably be up cursing the world for another night of working until 5AM. Once I come to, I’m going to dive into the gaming side of RX Vega, which will involve wrapping up testing on a handful of resolutions. I’ll be preparing that article as soon as humanly possible, and would expect it to go live at some point tomorrow (at least, that’s the hope).

For now, I wanted to share a couple of quick and dirty 3DMark results, to give a general idea of how AMD’s latest top-end card stacks up with the rest of our currently tested lineup. Here’s the main Fire Strike result, at three different resolutions: 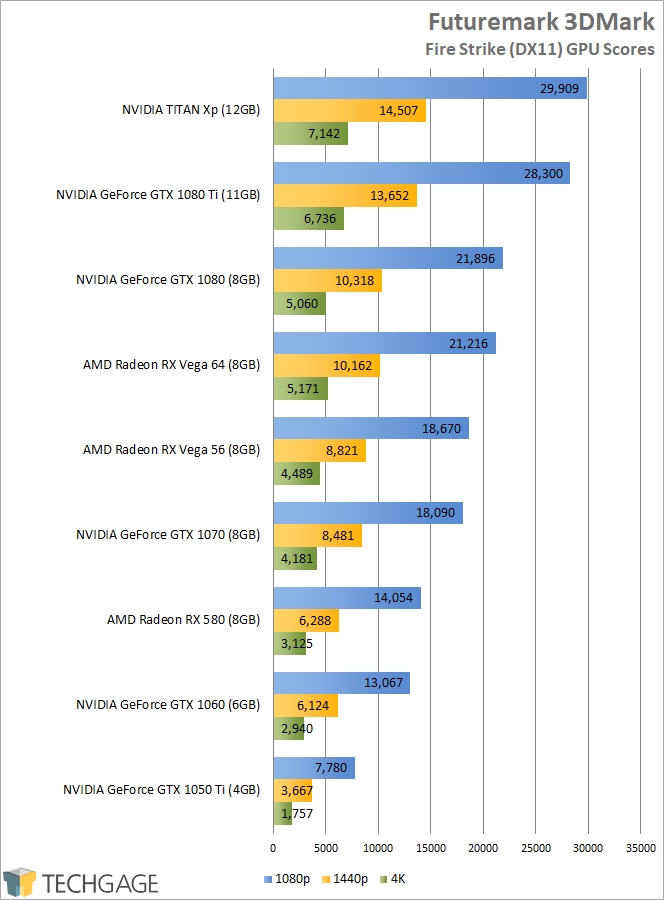 We knew weeks ago that the RX Vega 64 would trade punches with NVIDIA’s GeForce GTX 1080, and that’s just what we’ve seen here. The 1080p score fell a bit behind here, but barely; the cards are equals as far as 3DMark is concerned. Alas, it requires far more than one test to gauge the overall worth of a performance part. So here’s a second: 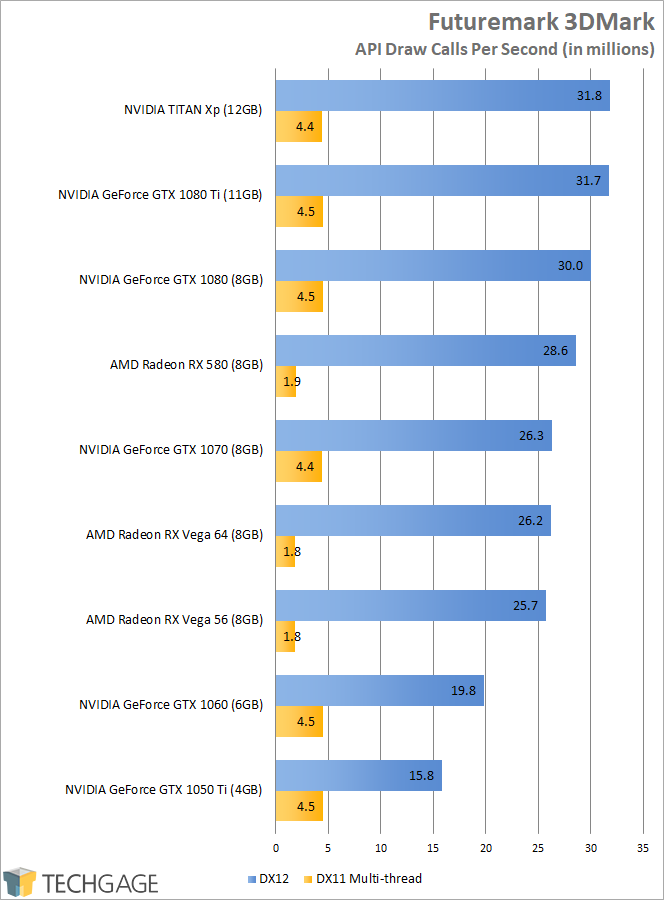 AMD prioritizes DX12 and Vulkan performance over DX11, and that’s pretty much explained here perfectly. For some reason, the Vulkan test wouldn’t run, and due to a lack of time, I was unable to dig into a fix. Hopefully an update will come soon that will fix the problem.

While I’ve conducted some other testing on both the RX Vega 64 and 56, I don’t fell confident in sharing the results until everything else is completed and I can understand the big picture. In talking to other tech journos, the general concensus I’ve gained is that most believe it to run too hot, far too loud, and be somewhat unpredictable in where it shows its strengths. 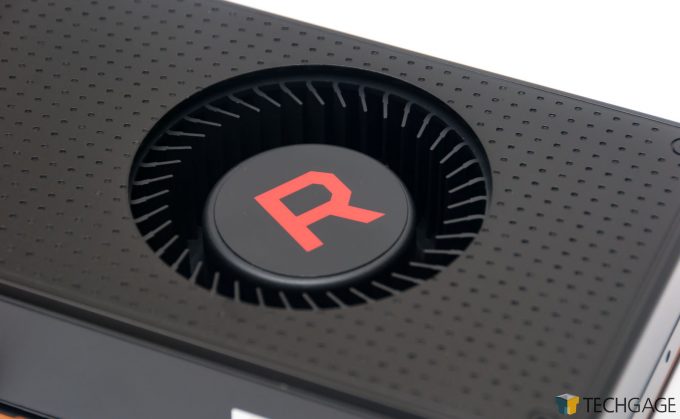 Ultimately, though, and I mention this in the workstation article linked at the top of this post, I think the biggest issue by far with Vega right now is the cooler press samples are wrapped up in. This blower design simply doesn’t have the gusto (pun intended) to cool a power hungry GPU cuddling some HBM2 chips.

As I also covered in the aforementioned workstation article, AMD has multiple power profiles kitted out on Vega 64 and 56, with each managing the power a different way to better suit certain scenarios. In a quick test, I found that switching to the power saving profile is the smartest thing a new owner can do, as it will dramatically reduce power draw, but barely affect performance.

This is a 77W power draw drop at the expense of ~2% performance. That’s like emptying out pocket change and buying a car with it. If it seems odd that you could drop the power so significantly and not even notice a difference in performance, bear in mind that this behavior seems to be typical of Vega – at least the hottest ones. A couple of weeks ago, I wrote about Gamers Nexus testing that showed the Vega Frontier Edition performing better when undervolted. In a way, Vega sounds like a tweaker’s dream, but at the same time, it also sounds like a series that has to be tweaked.

As someone who hasn’t been able to get in a ton of game testing up to this point, I am looking forward to seeing what others around the web post today. From my experience so far, the performance really is unpredictable. In some cases, the RX Vega 64 about matches the GTX 1080, but in others, it falls very short. In Ashes of the Singularity, for example, a DX12 test at 1440p yielded 37 FPS on a GTX 1080, but only 30 on RX Vega 64. Meanwhile, in Total War: ATTILA, the cards are at performance parity.

Again, I can’t really conclude on anything at this point, so I’d recommend you visit one of the many different review sites out there if you want a better answer on gaming today (I wouldn’t blame you).