Adobe has been in the routine lately of releasing new builds of its Premiere products every month, and the latest rollout is notable for a few reasons. While Adobe may prefer to focus on Apple M1 SoC support being added to its Premiere Rush tool, we can’t help but think the improvements the company made to Intel QuickSync encoding in Premiere Pro is even more notable.

It might not always seem like it, but each new version of Premiere Pro can improve performance in different ways, so it’s generally worth upgrading once a new minor version bump comes along. Naturally, when a new major one strikes (eg: Premiere Pro 15.0), it’s usually best to wait for a subsequent update before diving in. Nonetheless, Adobe has made great improvements to QuickSync encoding ever since 14.0 dropped.

The graph above comes straight from Adobe, not our typical Techgage testing (although this is a good reminder that it’s been a while since we’ve last tackled QuickSync benchmarking). As you can see, Adobe made major improvements to encoding performance between version 14.0 and 14.8, and once again delivered another notable boost in the new 15.1.

It’s also worth pointing out that straight CPU encoding is super slow compared to the QuickSync encoding. How these results would compare against CUDA/OpenCL GPU encodes, we’re not sure, but it’s again something we need to revisit soon.

Another nice feature just added to Premiere Pro is Lumetri previews, which shows instant previews of an applied color filter using a frame from your sequence, saving you from having to click and apply each, one at a time, when trying to select your favorite. 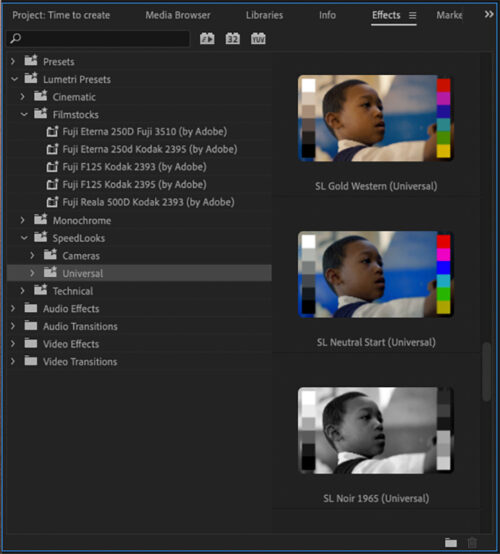 As mentioned above, Premiere Rush also sees an update, and a rather major one. Apple M1 SoC support has been officially added, which allows the software to run on any one of Apple’s most recent computers, a la MacBook Air M1, MacBook Pro M1, and the MacMini M1. It’s again a little difficult to understand how great M1 performs against other solutions, but Adobe wrote about its M1 support work back in December, and showed that M1’s encoding performance was roughly comparable to an older 16-inch MacBook Pro with Intel inside. 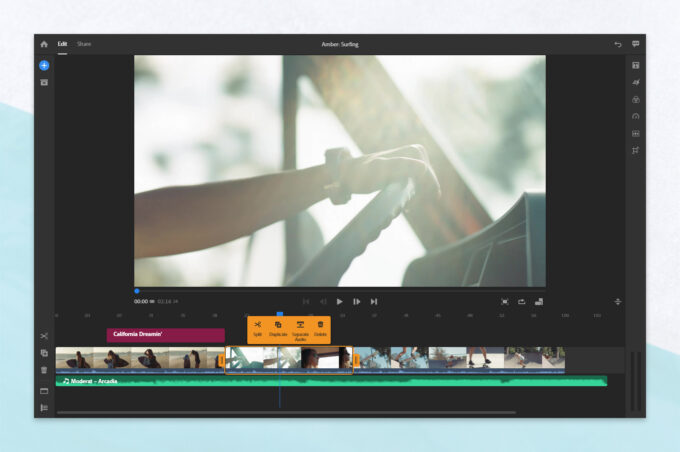 As seen in the shot above, also new to Rush is a new timeline context menu, which lets you easily manipulate footage by tapping (or clicking) on a video clip and choosing an edit route to take (eg: split, delete, duplicate.)

All of these updates roll out today, so you should be able to load up your respective updater and grab the latest bits right now.