With its recent launch of Office 2013, it became increasingly clear that Microsoft has full intention to convert us all into “cloud” users eventually. The company’s focus on boxed copies of the latest suite has been almost non-existent, with perks offered with its Office 365 service actually making that version look quite sub-par.

Love it or hate it, with Microsoft urging us to move to cloud-based solutions, there’s little doubt that other companies will, too. Adobe in particular has been ramping up its cloud-based operations heavily, and yesterday, it announced something I’d never expected at this point in time: boxed copies of Creative Suite are done. Fin. No more. The way of the dodo. Soon to be an ancient relic of the past.

As Adobe puts it:

“Adobe also announced that the company will focus all of its creative software development efforts on its Creative Cloud offering moving forward. Adobe’s desktop tools, previously known as Creative Suite (CS), are now branded CC to reflect that they are an integral part of Creative Cloud and have been reinvented to support a more intuitive, connected way of creating. While Creative Suite 6 products will continue to be supported and available for purchase, the company has no plans for future releases of Creative Suite or other CS products. This update to Creative Cloud includes the next generation of Adobe desktop applications — including Photoshop CC, InDesign CC, Illustrator CC, Dreamweaver CC and Premiere Pro CC.“

I’m excited to see what’s in store with Adobe’s upcoming CC editions, but I’m not so stoked on the fact that they’ll be available via subscription only. Admittedly, if you’re a professional user of Adobe’s products and update every one or two versions, a subscription is going to break you even or work in your favor. If you’re someone who upgrades every 3+ years, subscriptions could wind up being more expensive, depending. 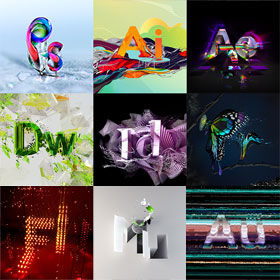 Currently, new customers can sign-up for Adobe’s Creative Cloud service for $50/mo, which, at $600, is a good chunk. Those who own CS3 or later can enjoy the same subscription at $30/mo, but only for the first year. Student and teacher editions also exist, for $20/mo (this is promotional; regular price will be $30/mo) and for access to a single application, it’s $20/mo. Clearly, the best value lies with any other subscription if you make heavy use of more than two or three Adobe products. For those curious, Adobe’s products that are not featured in a Creative Suite are likely to remain as individual products for some time to come. Lightroom, for example, already has version 5 in beta, so there’s no sign of that being confined to a subscription as well.

Personally, I believe $50/mo to be fairly high for someone who may only use a couple of applications, but for the broad professional, it’s quite enticing.

What do you guys think? Is this going to fare well for Adobe, or prove to be a mistake?