If you use either Adobe’s Premiere Pro, After Effects, or Character Animator, it’s well worth loading up the Creative Cloud app and snagging the latest updates right away. Some enhancements shipped with the latest builds improve workflow, while others offer brand-new functionality that can help you enhance your content without much extra effort.

Starting with Premiere Pro, one of the coolest additions is speech-to-text, used to accelerate the creation of captions. This can actually prove to be an important feature, as in many cases, viewers may not be able to use the audio in a video, or simply don’t want to (or, more importantly, are hard-of-hearing.) 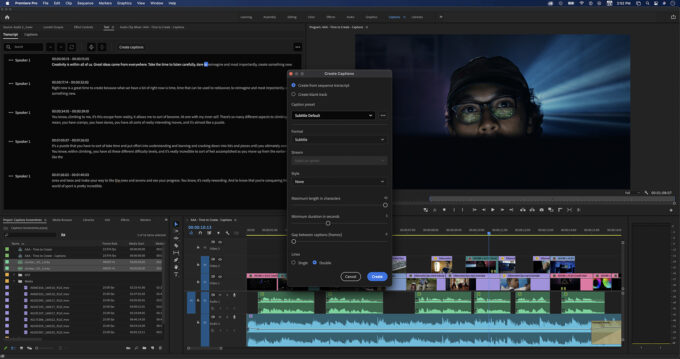 AI has come to the rescue with this feature, thanks to Adobe’s Sensei. When you’re ready to make captions, you can run the automatic scanner to produce them on-the-fly, and place them at the appropriate points of a video. Since automated speech-to-text isn’t going to be perfect in most instances, you will have the ability to edit any of the text simply by clicking on the area of the video with the poor result, and edit the text in the Transcript box appropriately.

Currently supported languages for the speech-to-text feature include English, English (UK), Simplified and Traditional Mandarin, Spanish, German, French, Japanese, Portuguese, Korean, Italian, Russian, and Hindi. According to Adobe-sourced benchmarks, the speech-to-text feature can drop the amount of time transcription takes to about 15% compared to the manual route.

If you love using titling and caption styling tools, you’ll also have reason to upgrade. Adobe has added the ability to use multiple shadows for text, and let you easier adjust the background so that it can stand out more. It now also supports 28 different alphabets for font substitution, so if the fonts are on your rig, you will be able to use them. Because of the changes to these titles, your legacy titles can be updated by right-clicking the asset and telling Premiere to upgrade one or all in a project. 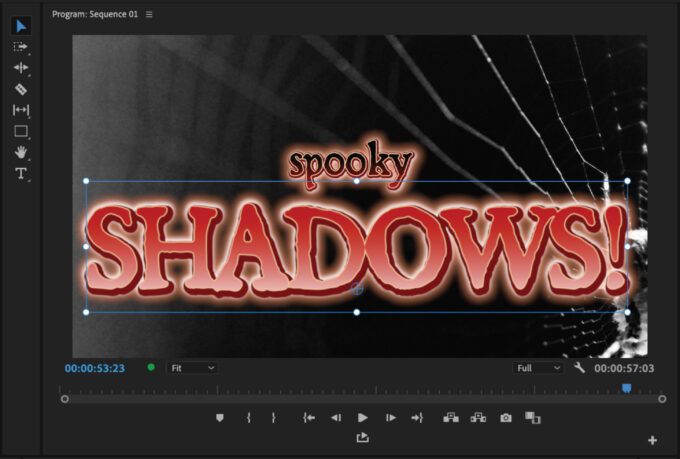 Title options have been much-improved in the latest Premiere Pro

Other improvements include Tetrahedral LUT interpolation for more precise color information in scenes with difficult lighting, faster team projects (both saving and loading), faster scene detection that can cut times in half vs. Premiere Pro 15.1, and added Apple M1 support. Adobe was one of the quickest companies to jump on supporting M1, and this move with Premiere Pro is notable. An understandable decision, this upgrade also comes with the discontinuation of CUDA and OpenCL on macOS, with Adobe focusing purely on Metal going forward. 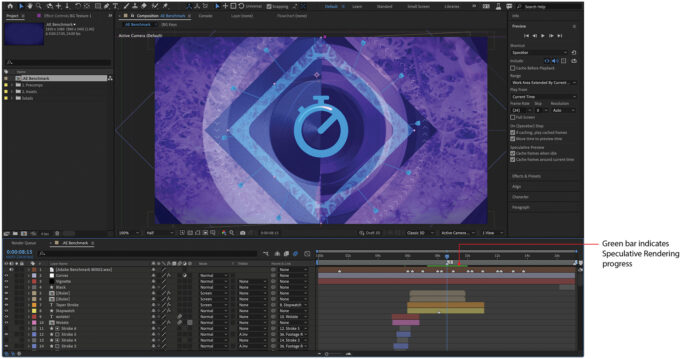 After Effects can use idle time to pre-render content

Moving over to After Effects, the update list is short, but no less notable. Adobe has introduced Multi-Frame Rendering with this update, allowing the software to take better advantage of multi-core CPUs “for up to 3x faster performance”, something that extends to the previews. Also worth noting is that Speculative Rendering makes an introduction, using idle time to pre-render compositions to save you time later.

As for Character Animator, this piece of software hasn’t been on our radar too much, but what it can do is really impressive. To improve engagement, some creators have liked to use avatars of themselves to create a friendly or more engaging environment, and with the new Character Animator, Adobe Sensei joins the action to let users take advantage of body tracking. In a quick demo we were shown during a briefing last week, the effect looked really quite good, and pretty accurate. 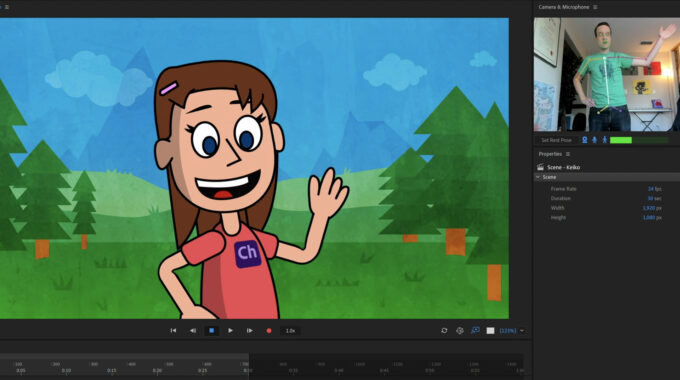 There’s also a new ability to create puppets via the Puppet Maker tool. The claim to fame here is that you don’t need to be a Photoshop, Illustrator, or rigging expert to create engaging characters. You can choose a style to start from, and then customize from there with the options available. As with Premiere Pro, Character Animator also gains Apple M1 support with this release.

All-in-all, this is a great set of updates. We’re in particular looking forward to testing the speech-to-text feature, as we’ve often wanted to use captions for our videos, but have been less-than-impressed with YouTube’s implementation of the feature.