After seeing what the first-gen EPYC brought to the table, and having known what improvements AMD was going to be implementing, the wait for the second-gen release seemed to take ages. But, the launch finally took place last month, and it included much fanfare from AMD itself, and a number of its partners and customers. 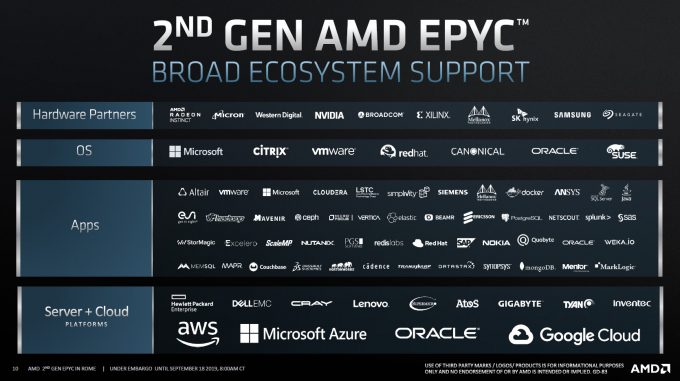 Fast-forward to today, where AMD held another EPYC event in Rome, Italy, a place we’re sure was chosen by sheer coincidence, and not because EPYC second-gen is codenamed “Rome”. At the event, some of AMD’s top brass took to the stage to talk about its continued success with EPYC, while also dolling out more information about more ecosystem wins.

Announced yesterday, Dell EMC is making five new PowerEdge servers available to its customers that bundle EPYC 2 under-the-hood. Both single- and dual-socket configurations are made available, but it feels like it could be the single-socket models that end up flying into racks the quickest. With the ability to pack 64 cores in a single socket, it’s easy to want to simplify (and not to mention reduce license fees with software based on socket counts).

Also at the event, IBM talked about its use of SEV-ES (AMD Secure Virtualization) and PCIe 4.0 in its cloud infrastructure, soon to offer the fruits of those configurations to its IBM Cloud customers. Nokia also had some interesting success with EPYC to talk about, stating that its 5G network Cloud Packet Core tests have seen an 80% improvement in packet throughput over previous solutions (though those solutions don’t seem to be mentioned). 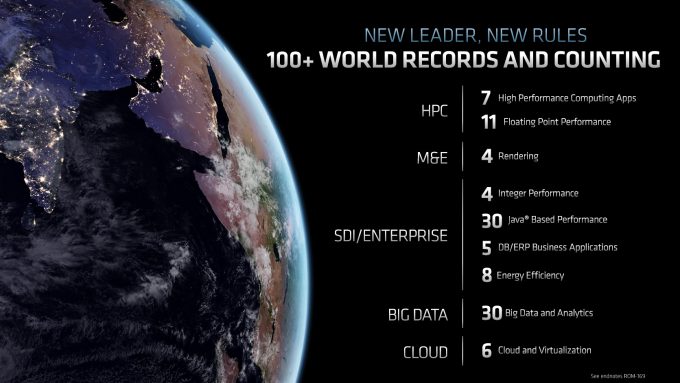 There was a lot revealed at the event, including the fact that EPYC 2 has exceeded 100 world records, all of which encompass a wide-range of scenarios. If you want to dig into the nitty-gritty for each one, you’re going to love the official records page.

Another important takeaway from this event is the introduction if a brand-new SKU, the EPYC 7H12, a 64-core/128-thread part designed to be used exclusively with liquid-cooling. The 7H12 is clocked at 2.6GHz base, 3.3GHz max boost, and is spec’d at a healthy 280W. 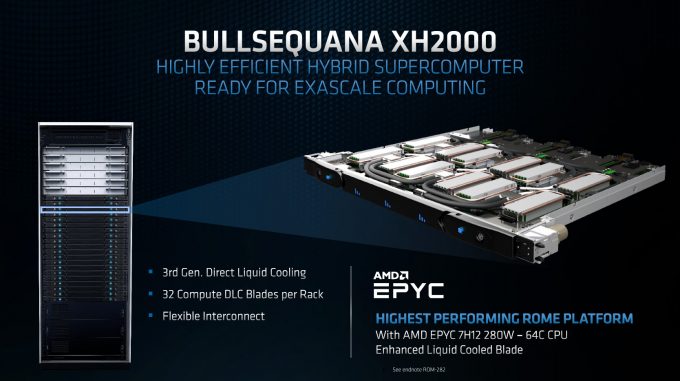 Another juicy tidbit from the event is the fact that TSMC has begun using EPYC in its environments, which means that the company actually producing AMD’s 7nm chips are starting to use them as well. This is hardly a precedent, but it does highlight EPYC’s immediate impact on the market.