AMD has had an almost ridiculous amount of launches going on this week. It all started on Monday when the company unveiled its third-gen server-bound EPYC series, which we took an in-depth look at. Today, the company unveils its gaming-bound Radeon RX 6700 XT, while yesterday, the company announced its latest-generation Ryzen PRO chips for mobile warriors. 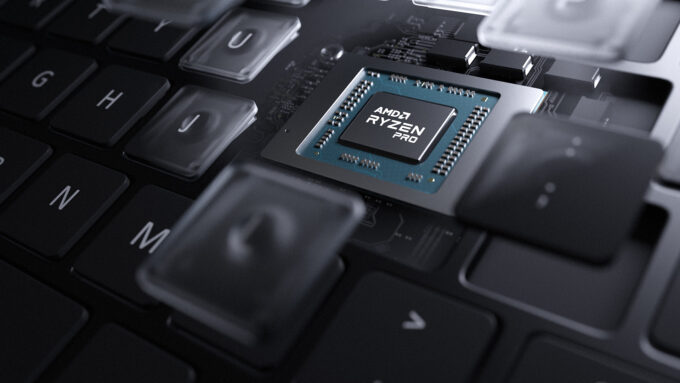 As with EPYC’s latest move, Ryzen PRO’s new generation adopts AMD’s successful Zen 3, making very few of AMD’s portfolios untouched by its latest architecture. With Zen 3 under-the-hood, we already have a bit of a gauge of what these CPUs could do. Zen 3 has proven to deliver market-leading IPC performance, and greatly reduce latencies in key areas vs. the previous generations.

Naturally, what makes Ryzen PRO special is that it’s targeted at business environments. Not only is performance important there, but so too is security (arguably, that’s even more important.) With this generation, AMD’s added Shadow Stack protection, Secure Core (implementing the company’s Secure Processor SoC), and to really polish things off, the new platform is currently working towards becoming FIPS 140-3 certified (Note: the original posting said it currently had FIPS 140-3 certification, but it’s actually still in the development phase).

AMD is introducing three SKUs for this Ryzen PRO launch, and has brought up its previously-released U-series chips for anyone who wants an ultraportable notebook for business but doesn’t necessarily need the PRO-level feature set. As you can see from the table above, not all of the U-series is Zen 3, so if you want the latest and greatest from AMD, you’ll need to eye specific 5000-series models.

Business notebook launches have always involved multi-tasking performance, especially with office-type applications, but you really know you’re in 2021 when a Zoom call is added to the equation: 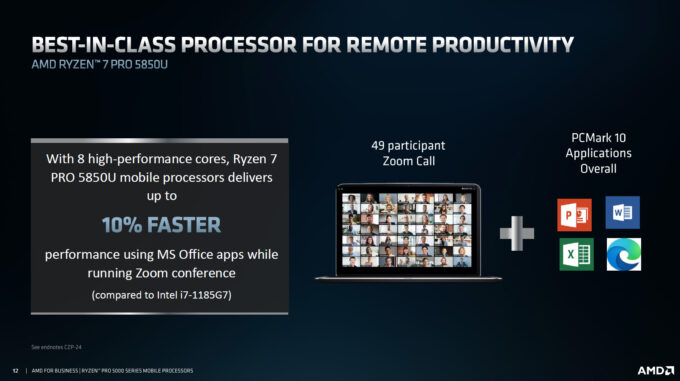 In every office-type benchmark it did, AMD claims it beat out Intel in most things, and matched it in others. Of course, it will take reviewers to validate those claims, and we’d expect reviews to start popping up soon, if they haven’t already.

If you’re keen on buying one yourself, or many for a company, new Ryzen PRO models should become plentiful on the market starting next quarter. Lenovo and HP have already jumped on board, and are preparing new models now.