AMD Stops Production Of Its RX 5700 Reference Cards, Partner Cards To Take Over

Earlier this week, French tech site Cowcotland reported that AMD has discontinued its Radeon RX 5700 series reference graphics cards, a move that at this point would cause a lot of people to scratch their head. Well, we can confirm that this is true, but there are important nuances of the details to recognize, because this is the furthest thing from Navi being done with.

After producing all of the RX 5700 series cards it needs, AMD has begun to let vendor cards take precedence. If you’ve been paying attention to the @Radeon Twitter account recently, you may have noticed some third-party cards popping up, such as the ASUS ROG STRIX model, seen below. 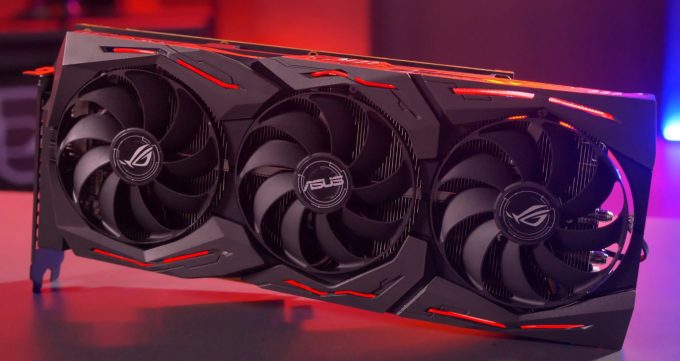 We have this official quote from AMD to help put things straight:

We expect there will continue to be strong supply of Radeon RX 5700 series graphics cards in the market, with multiple designs starting to arrive from our AIB partners. As is standard practice, once the inventory of the AMD reference cards has been sold, AMD will continue to support new partner designs with Radeon RX 5700 series reference design kit.

If AMD had believed its reference cards would have high demand well into the future, it would make sense for production to continue, but if enough supply exists to last for a while, then there’s no point in keeping the production going. AMD already allegedly is still dealing with a market full of Polaris cards, so we’d assume it would like to prevent running into the same situation with its reference Navi.

We’d argue that most people should be looking at vendor cards anyway, unless the reference design wins you over. Blower coolers are simply not as effective as open-air cards with multiple fans. Better cooling means lower temperatures, and hopefully, better overclocking. Vendor cards also avail RGB options to Radeon fans.

Since the news broke that production of these cards has been stopped, many have seemed to interpret this as EOL (end-of-life), when that’s not close to being the case. AMD seems to have no problem with 7nm chip production supply, so you can expect Navi to remain in market until the next thing arrives. We will undoubtedly be seeing follow-ups at some point in the future, as well. The “5700” branding leaves a lot of room for other levels of SKUs.