Earlier this year, we saw AMD plug some remaining gaps in its RDNA2-based Radeon lineup, with the help of the low-end RX 6500 XT and RX 6400. Today, with warm summer months approaching in much of the world, the company clearly wanted to feel a little refreshed, as we have three speed-bumped GPUs en route.

Like so many hardware launches lately, the introduction of three new Radeon SKUs won’t likely surprise anyone who’s been following the rumor mill. It’s still interesting, though, that it’s not only the high-end that’s been treated to a refresh, but some mid-range parts, too. All told, the Radeon RX 6650 XT is going to be outright replacing the RX 6600 XT, while the RX 6750 XT and RX 6950 XT will exist alongside their respective 6X00 XT compadres. 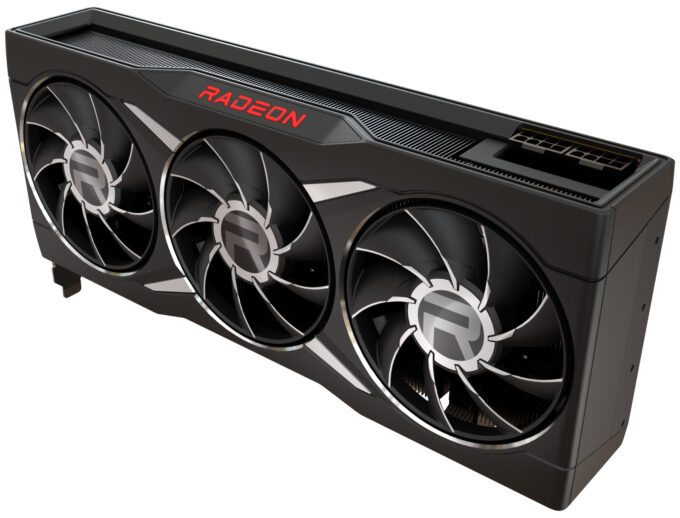 Something about the Radeon RX 6900 XT that may not have been widely known about after its launch is that an iteration of the card with even faster memory replaced the original that every reviewer tackled at launch. These refreshed cards go in a similar direction, which means that the RX 6950 XT is even faster than those post-launch RX 6900 XTs, and of course, the other 6X50s are faster than the models they slide in ahead of.

It’s easy to assume that AMD’s planning for its RX 6950 XT to go head-to-head against NVIDIA’s recently-launched RTX 3090 Ti, but as its reviewer’s guide focuses on the non-Ti version of that card, that’s likely the better comparison – and likely the reason AMD hasn’t slapped as large a premium on the RX 6950 XT as it otherwise might have.

Here’s a quick refresher of AMD’s current-gen Radeon lineup, including the new SKUs:

In its specs sheet, AMD chooses to report on the memory bandwidth when its Infinity Cache is involved, which looks a lot better on paper, but isn’t directly comparable with the competition. As far as that goes, the RX 6950 XT is spec’d at 1728 GB/s, which is a hike over the RX 6900 XT’s 1664 GB/s. Ultimately, these values only matter so much; it’s the resulting performance that’s going to set these cards apart. 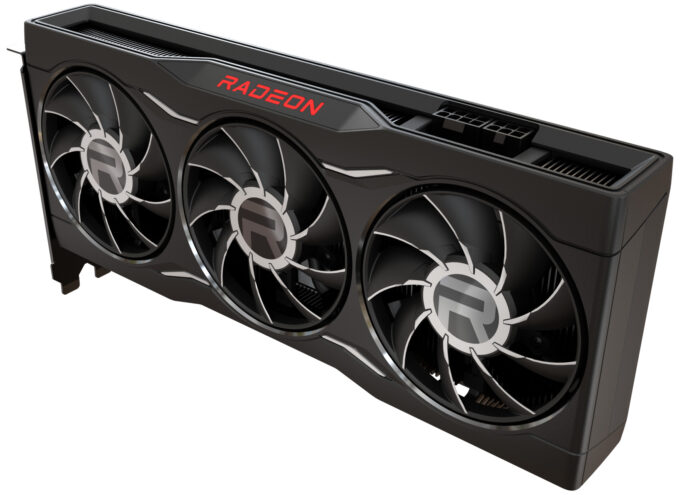 If you own a current-gen Radeon GPU, you shouldn’t feel too concerned about these refreshes being better than what you have – it’s not as though it’s a brand-new generation; the features are in tact (unless, of course, you simply want a faster version of what you have). For those who’ve yet to upgrade to a current GPU, these new SKUs could be highly alluring, and for that reason, it’s nice to see that AMD isn’t commanding too much of a premium.

Alongside this launch, AMD is touting support of its FidelityFX Super Resolution 2.0 feature, which effectively upscales a lower resolution version of a game, to look as close to native as possible, and deliver much higher frame rates. The company notes that the first game to implement support for FSR 2.0 is DEATHLOOP, which should be seen in a May 12th patch.

Also as part of this launch, AMD is noting that its “Raise the Game” bundle is coming back, and it will include Saints Row and Sniper Elite 5, although at this point, we’re not sure which GPU will correspond with which game. If you end up buying any Radeon soon, it’s worth checking out the bundle landing page right here. We’ll also post about it as soon as we have further details.