At its much-anticipated ‘New Era Of PC Gaming’ event, AMD put an end to all of the rumors we’ve had to endure these past few months. While much of what we learned was expected, AMD did have a couple of neat tricks up its sleeves.

Kicking off its series of announcements, AMD revealed its 300-series Radeons. These are derived from 200-series models, but improvements have been made – we’d expect a performance improvement of up to 5% on each model (versus the similarly-numbered last-gen card.)

The 300-series models include the R7 360 and 370, as well as the R9 380 and 390. Each of these cards sport a simple-looking cooler that should help with keeping the price looking attractive. 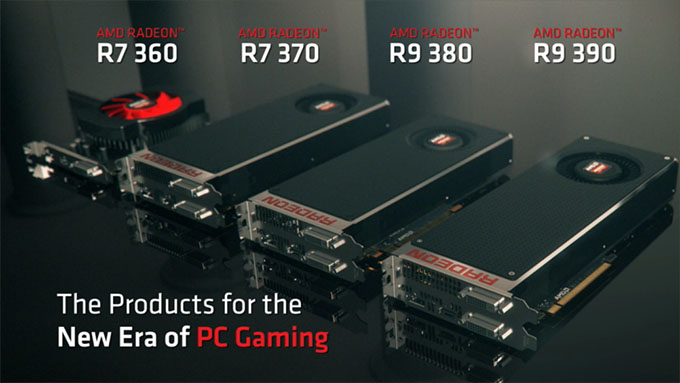 The big reveal at the event, of course, was Fury. If you were one of those hoping that AMD would strike back hard against NVIDIA with its Fiji-based parts, it looks like you’ll have reason to rejoice. AMD claims that its top-end Fury X has 8.6 TFLOPs of single-precision performance, which is 2.6 TFLOPs more than NVIDIA’s GeForce GTX TITAN X (though it’s rumored that TITAN X still edges ahead). Versus the 290X, Fury X tacks on another 2.6 billion transistors. 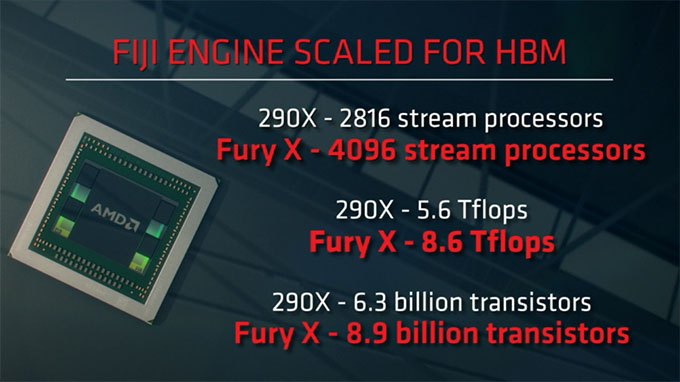 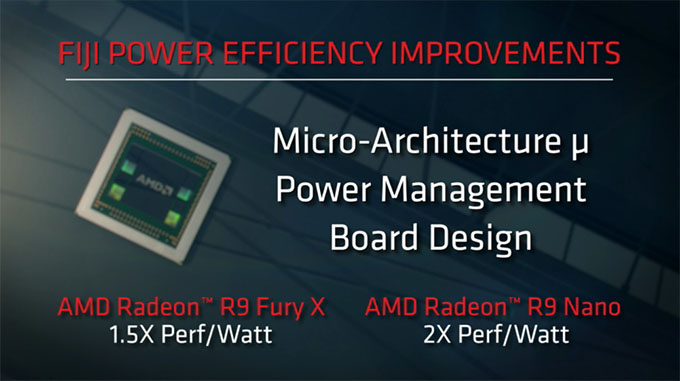 With Fury, AMD’s made great strides on the perf/watt front – it’s managed to increase performance 50% while retaining the same power envelope. Whether AMD can beat out NVIDIA’s Maxwell cards in the power efficiency scheme of things, we’ll find out soon.

In the slide above, you’ll notice mention of the R9 Nano, and that’s one of those tricks I was talking about. This card comes in at a mere 6 inches and boasts a 2x performance boost over the previous generation. AMD says that this modest card is faster than its last-gen R9 290X enthusiast part.

A major feature of Fury is its High Bandwidth Memory, or HMB for short. AMD says this memory is much faster than DDR4 and GDDR5, offering up to 3x performance-per-watt of the latter. Also, because 3D memory is being used, less space is required, allowing AMD to use up to 94% less of the PCB for memory purposes. This is the biggest factor of what allows the top-end Fury X to stick to a 7.5-inch form-factor. 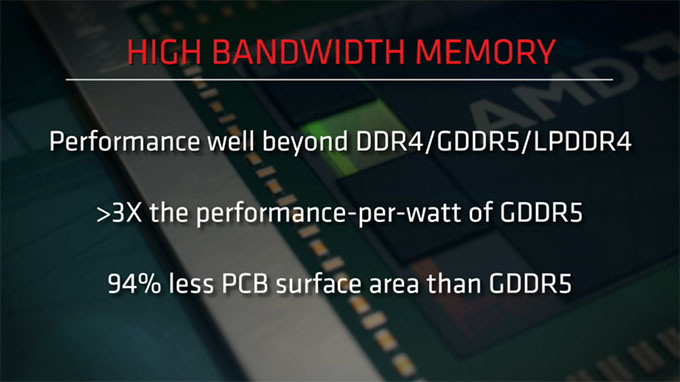 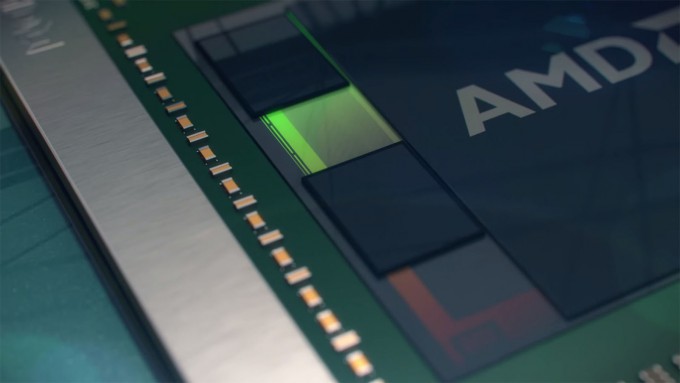 AMD notes that its HBM roll out is just beginning. In time, it will hit the rest of the Radeon stack, its APUs, and servers. We learned a couple of years ago that with Pascal, NVIDIA will also be going this 3D memory route, so the future looks bright as far as memory bandwidth is concerned. On that note, AMD confirmed before that its Fiji-based cards utilize a 4096-bit bus – a rather significant jump from the 512-bit one of the last-gen top-end cards.

So, when can you get your hands on these new cards? Soon. On June 24, the Fury X will hit e-tail, and be priced at $649. The regular Fury, which is an air-cooled card, will be priced at $549, and releases on July 14. Both the R9 Nano and dual-GPU Fury will be released at some point this fall. We’re not sure of 300-series pricing, but those could hit etail before the day is through.