It’s been almost exactly a year since AMD launched its third-gen EPYC “Milan” processors, and today, the company is adding four new SKUs to the list, all of which revolve around the company’s new 3D V-Cache. As with the desktop-bound Ryzen 5800X3D we talked about last week, these new EPYC “Milan-X” chips sport vertically-stacked cache that has allowed AMD to triple its density. That gives the 5800X3D a total of 96MB cache, and all four of these new EPYCs a staggering 768MB.

Maybe it’s just us, but we can’t help but really focus on how much cache is being packed into a single server CPU here. We’re nearing one gigabyte of ultra-fast cache at-the-ready. It’s actually 1.5GB of cache if you choose to pack a server with two of these chips. For cache-sensitive workloads, tripling the density is going to be a boon. 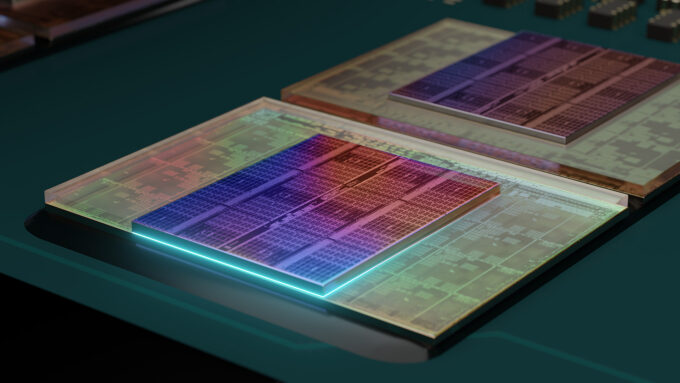 Tripling the cache in a CPU is going to impact a wide-range of workloads, but still specific workloads, nonetheless. Further, all of that additional cache isn’t going to imply that some workload execution times will be cut to the same level. Where AMD sees huge amounts of cache benefiting most is with electronic design automation, computational fluid dynamics, finite element analysis, and structural analysis – effectively some of the most data-intensive and computationally-demanding workloads going. 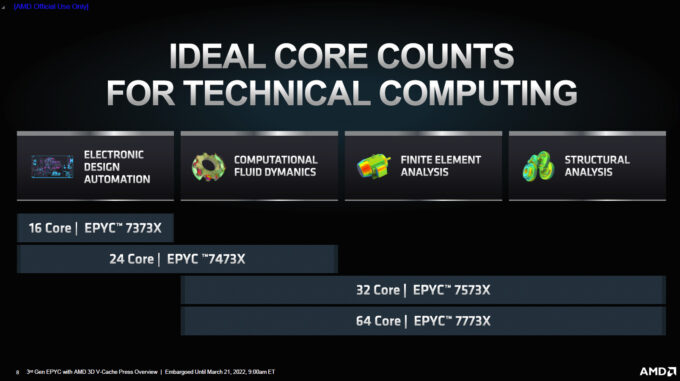 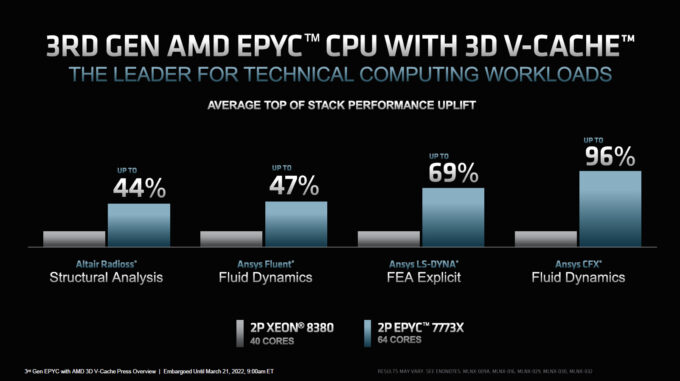 Our friends at Phoronix have already taken some of these new chips for a test drive, and while it’s hit-or-miss if extra cache will improve a workload, it can significantly do so in many. For example, in tConvolve gridding and degridding benchmarks, enabling 3D V-Cache saw gains of 40~100%. The scalar penta-diagonal test part of the NAS Parallel benchmarks saw nearly doubled performance with 3D V-Cache present.

These 3D V-Cache-equipped EPYC processors unsurprisingly carry a a price premium over comparative models, with the percentage of the increase varying heavily across these four SKUs. On the top-end, the 7773X is priced about 10% higher than the 7763, while the 7573X is priced nearly 50% higher than the 7543. It’s important to note that in some cases, these comparisons may involve clock speed changes. 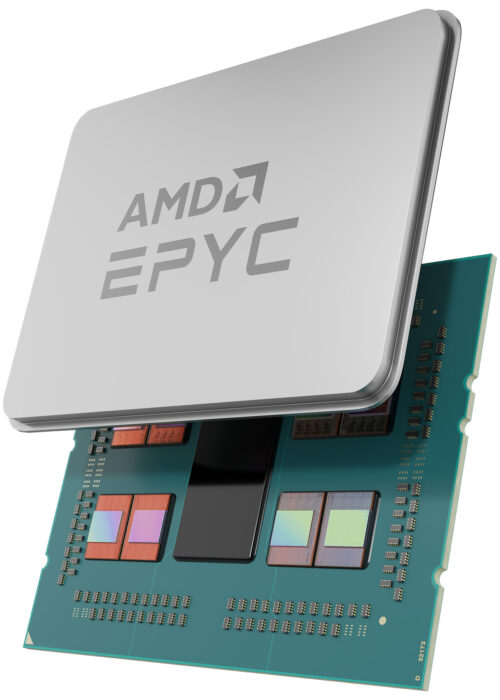 If you’re keen on equipping your data center with these new Milan-X EPYC processors, you’ll soon be able to find them available from the same vendors you’ve scouted previous EPYC gear from, including Cisco, Lenovo, HPE, and Supermicro.