Since the launch of AMD’s second-gen EPYC last summer, the company’s done well to offer a wide variation of models to ensure that as many customer needs are accounted for as possible. Of course, there’s always room for even more, because you can never perfectly accommodate everyone – only as many as possible. Thus, the focus of three brand-new SKUs revolve around frequency and cache, not raw core counts.

Spotting these new models among the lineup is simple: just look for the F. We’re not sure if “F” stands for “frequency”, but it very well could. It’s important to note, though, that frequency is only one part of the equation here. These new F-series CPUs are ideal for those with workloads that benefit from large amounts of cache more than processing power. 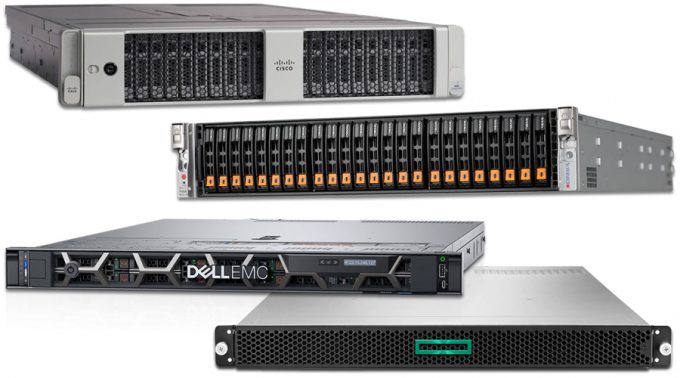 To better analyze these new models, it’s best to size them up against the rest of the current EPYC line-up:

It might strike you as a bit odd that the 24-core 7F72 costs less than the 16-core 7F52, and the reason isn’t only frequency, but the amount of cache available to each core. On the 24-core, each core gets 8MB of L3 cache, while that number doubles to 16MB on the 8- and 16-core models. That means only one or two cores per CCX are utilized here to deliver these kinds of ratios.

To put this cache thing into perspective, the Ryzen 9 3950X features 16 cores just like the 7F52, but has “only” 64MB total – or, in other words, 1/4th the cache of this beefy EYPC. Naturally, there are more differences than that between the two chips, but it’s a fair comparison from the core count perspective, since the current Ryzen Threadripper generation doesn’t even feature a 16-core option.

In its press release, AMD notes praise from eight leading server companies, including Dell Technologies, HP Enterprise, IBM Cloud, Supermicro, and Microsoft. It appears that all of these will likely support more than one of these SKUs, and perhaps all three. Dell in particular will give customers a choice of the three in its EMC PowerEdge server lineup, while IBM is eager to get the processing power into the hands of its cloud customers.

Like most of the second-gen EPYC lineup, these new F processors will support both single- and dual-socket configurations, along with eight-channel memory. With the focus on frequency and bandwidth, these CPUs could be ideal for a company’s HPC or hyperconverged workload, with AMD even calling out specific attention to improved SQL database transactional performance. Just note that all of this extra cache does demand some extra cash, but with the right workload, ROI will ultimately benefit.