After a long wait, Borderlands fans can finally jump into the latest game and indulge in whatever it is Pandora (and beyond) is ready to throw their way. As expected, both AMD and NVIDIA have new graphics drivers to greet the launch, with AMD offering an extra special bonus to owners of Polaris-based Radeons.

NVIDIA’s driver highlights improved performance for Borderlands 3, Call of Duty Modern Warfare multiplayer beta, and Gears 5. The Surge 5, FIFA 20, and Code Vein are added to the support list for the first time. 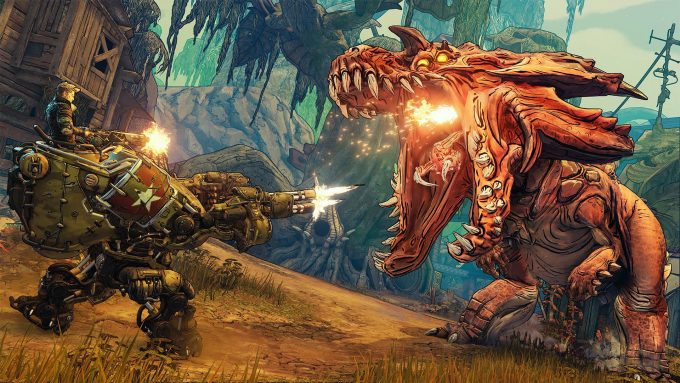 AMD’s main game focus with its 19.9.2 release is Borderlands 3, but that’s only because the company has been tirelessly releasing new drivers recently. The 19.9.1 driver already added support for Gears 5, but CoD: MW has not been tackled yet, as far as we’re aware.

Based on initial feedback from fans around the web, it seems like Borderlands 3‘s DirectX 12 mode is not working ideally at the moment, but it seems to plague NVIDIA cards a lot more than AMD ones. At the moment, it seems like DX12 might be the preferred route for AMD, while DX11 will currently deliver the best NVIDIA experience. There are notable bugs other than these, so hopefully Gearbox can work them out sooner than later.

That all aside, the shining feature of the new 19.9.2 Radeon Adrenaline driver is the introduction of RIS, or Radeon Image Sharpening for long. This is a new feature as part of AMD’s FidelityFX graphics library, which games like Borderlands 3 and F1 2019 have already adopted. While it may possibly change down-the-road, RIS currently only supports games built around DX12 and Vulkan. Sadly, its adoption of Polaris means that Vega is being left in the dark. If you own a Radeon VII, or Vega 56/64, and crave RIS, you should let AMD know on social media to grease the wheels.