AMD has today released a new addition to its Radeon Navi lineup: RX 5600 XT. This mid-range offering slots in at $289 for the version we tested (Sapphire Pulse), which until the other day was a price point that settled itself a fair distance away from NVIDIA’s GeForce RTX 2060. As usual, NVIDIA’s preemptive-strike prowess shone through ahead of launch, with the company dropping the RTX 2060 from $349 to $299. 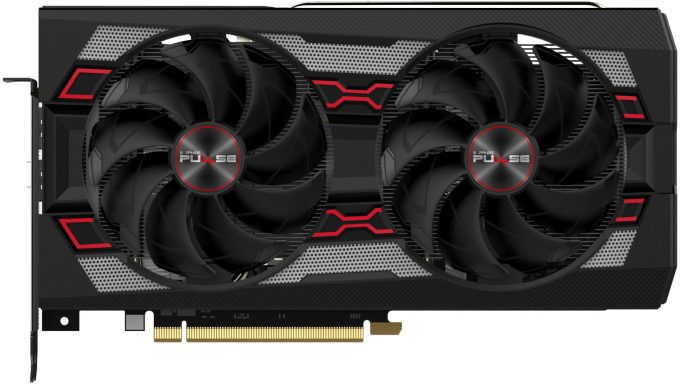 The fact that NVIDIA dropped the price of its RTX 2060 and reflected a hefty $50 discount gives us a good hint that the RX 5600 XT is disruptive. But, as these things go, we’ll have to make sure that price continues to stick. Before continuing, here’s some quick Radeon lineup information:

There’s a lot about this launch that’s interesting. When reviewers received their RX 5600 XT, it was bundled with an inappropriate BIOS, one AMD dubbed “silent”. NVIDIA coincidentally dropped the price of its RTX 2060 mere hours after AMD first told reviewers that a new BIOS was coming – one that would not just boost the “game clock”, but boost clock, as well.

In our tests, the BIOS we were given to do our final testing with increased performance by about 10% in synthetic benchmarks. We’re actually behind on the rest of our testing, so we’re going to be publishing tomorrow or the next day, but the release of this secondary BIOS wasn’t the reason (we had a configuration issue we didn’t catch until late).

Since we have synthetic testing done, we can share at least a quick preview of DX11 and DX12 as told by UL’s 3DMark: 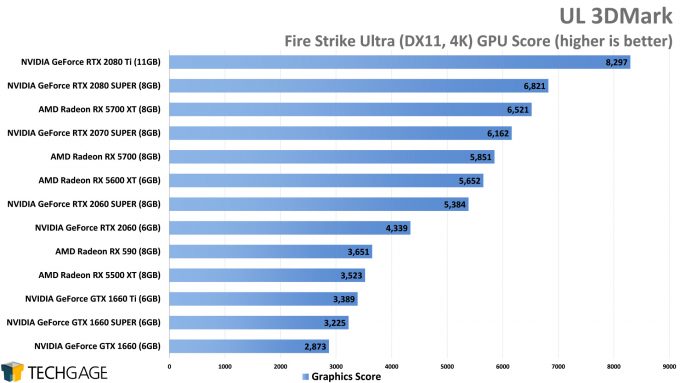 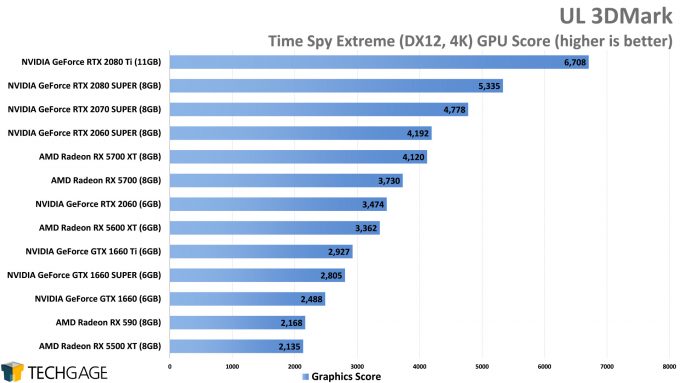 3DMark isn’t the greatest gauge of real-world gaming performance, but it’s a gauge nonetheless. In the DirectX 11-equipped Fire Strike, the RX 5600 XT manages to beat out not just the RTX 2060, but the SUPER variant, as well. That changes up quite a bit in the DirectX 12 test, as the roles are reversed, with favor going to NVIDIA.

Whether this scaling carries over into our real-world testing, we’re not quite sure yet, as we have more cards to test, and a bunch of results to compile. We’ll work on getting our full look up soon. For now, hopefully this gives at least a rough idea of what to expect. More soon.