AMD X570 Motherboards Could Be Priced Higher Than Previous Generation

As covered in our roundup from earlier this week, there was a lot of excitement at this year’s Computex surrounding AMD’s upcoming products. Admittedly, Radeon Navi almost seems to act as a side-car to the Zen 2 launch, which seems to have everyone excited. It’s for good reason.

AMD’s original Ryzen launch got off to a rough start with new BIOSes and drivers released every other day to get on top of what felt like a pretty rushed launch. It didn’t take long for things to smooth out, though. And, the fact that the launch was a bit rocky didn’t feel as insulting when we knew that it was a truly ambitious one for AMD. 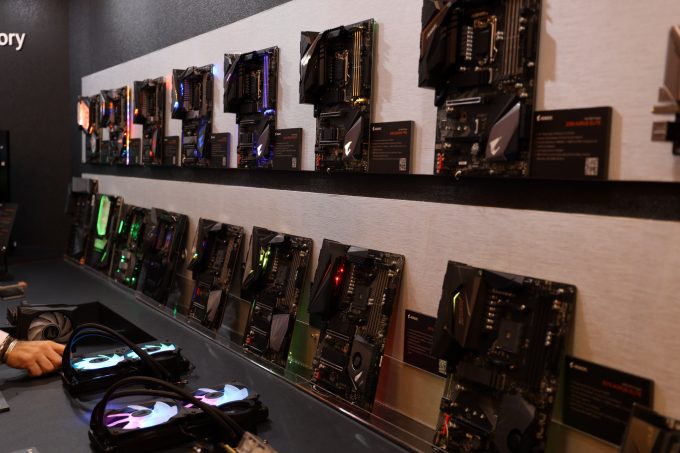 With the Ryzen 2000 series, AMD eked extra performance out of Zen, and scaled down from 14nm to 12nm in the process. With the Ryzen 3000 series, the move to 7nm is being made, which is pretty impressive considering Intel’s been glued to 14nm for five or six generations.

At this year’s CES, AMD CEO Lisa Su showed off an 8-core chip that would deliver a better Cinebench score than Intel’s newest mainstream top-end, Core i9-9900K. That seemed like a lofty admission, but the company has kept steadfast in its belief that Zen 2 is going to be crazy competitive. As we’re now seeing from MSI’s CEO, one thing that’s going to come from that “crazy competitive” reality is… higher board prices.

We’ve known AMD to price its Ryzen processors fairly against the competition, and based on last week’s Computex announcements, absolutely nothing is changing about that. But board partners might end up reaping a bit of extra profit, as this generation’s boards are, to put it simply, “stacked”, and at least from the get-go, they’re not really catering to the everyday user.

In talking to Tom’s Hardware, MSI’s CEO Charles Chiang says: “They [AMD] have nice technology and they are there to put the higher spec with the reasonable pricing. But right now they say, “Hey Charles, lets push to marketing to the higher [end]. So let’s sell higher-pricing motherboards, higher-spec motherboards, and let’s see what will happen in the market. So I don’t think that AMD is the company that wants to sell low cost here, low cost there.”

There are other justifications for the added expense, such as increased power draw that requires beefier components, and on most X570 boards, bigger heatsinks, possibly active with small fans, are being used for the chipset. Then add things like PCIe 4.0, and the feature set grows with the price. For those who end up going with the highest-end boards, chances are you are going to wind up with faster than 1GbE Ethernet, but that’s not something driven by AMD’s X570 chipset.

We actually don’t know everything about X570 at this point, so there could be a few surprises that AMD has in store. We should be learning more next week during an E3 reveal, one that NVIDIA is planning to follow-up with its own “SUPER” announcement.

For enthusiasts hoping to get next-gen Ryzen for super-cheap, it’s not likely to happen from the get-go, but even if this next generation of X570 motherboards are in fact more expensive, by what we discovered at Computex last week, they’re also the most robust AMD boards we’ve ever seen. There’s another upside, as well, and that’s that previous X370 and X470 can be used with the new Ryzens, so if you don’t particularly need the latest chipset features, you can choose to save money and stick with the board you have, or take a step down and purchase X470.

Nonetheless, if high board prices are the worst of it when we have a truly competitive CPU market again, that’s better than having no competition at all. And fortunately, given what we know of AMD, it’s not going to leave out budget builders for long.