AMD adds new functionality and optimizations to its Radeon graphics driver as time goes on, but every once in a while, the company likes to wrap a bundle of updates together, and unleash them all at once. The new Adrenalin Edition 22.3.1 driver is one such release, bringing a number of improvements that are worth checking out, and making an upgrade to the latest driver an obvious choice.

First and foremost, AMD is changing up its driver naming a wee bit. It used to be that the Radeon driver would be called “AMD Radeon Software Adrenalin Edition”, but going forward, the “Radeon” part of that title will be removed. AMD says this is being done because it provides software suites for a range of different products, so this is a way to keep everything a little more congruent. 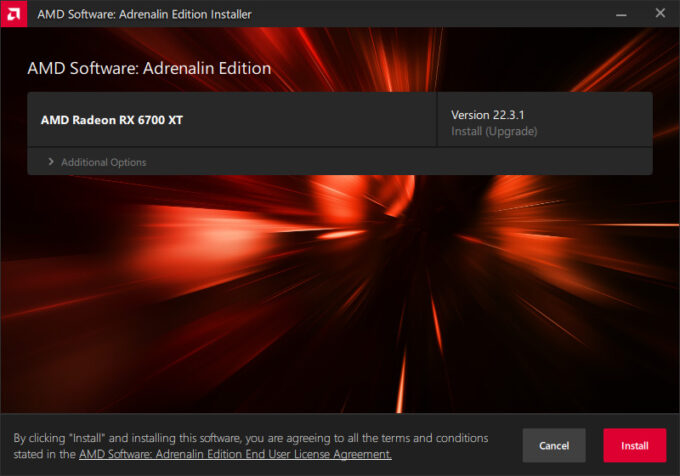 During a phone briefing for this software update, AMD made it clear that gamers shouldn’t hesitate to upgrade their Adrenalin driver, for both the reasons of added functionality, and improved performance. In one slide, comparing a late 2020 driver to this new one, AMD highlights that popular games have seen large upticks in performance, with Far Cry 6 seeing an 18% boost, and Hitman, a 16% one. You could argue that FC6 wasn’t even released in late 2020, but that’s the point – if someone doesn’t upgrade their drivers, they may be leaving performance on the table. 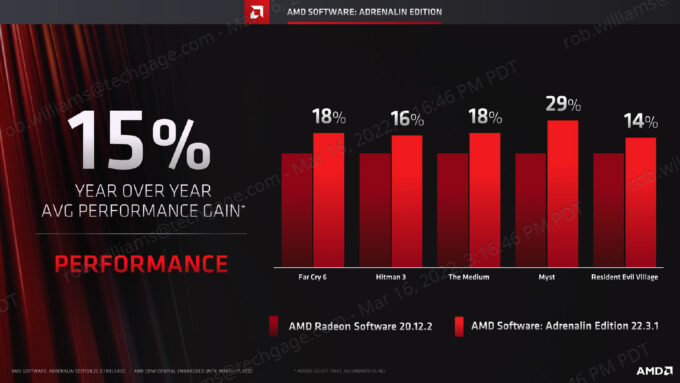 On the features front, AMD says that it’s rolled out 22 significant features to its graphics driver during 2021, with such additions as a built-in stress test, Radeon Anti-Lag, Radeon Boost, one-click overclocking, as well as its game streaming solution, AMD Link.

Of all the new features in Adrenalin 22.3.1, perhaps the most interesting, and definitely the most leaked, is Radeon Super Resolution – a feature that allows the performance-enhancing upscaling capability of FidelityFX Super Resolution, but without the need for official support by the game. AMD stresses that its FSR solution isn’t being changed or removed; RSR is simply an extension. Games specifically tuned for FSR are likely to bear better end results, but RSR should deliver an acceptable solution for either older titles, or those that simply don’t have FSR built-in. 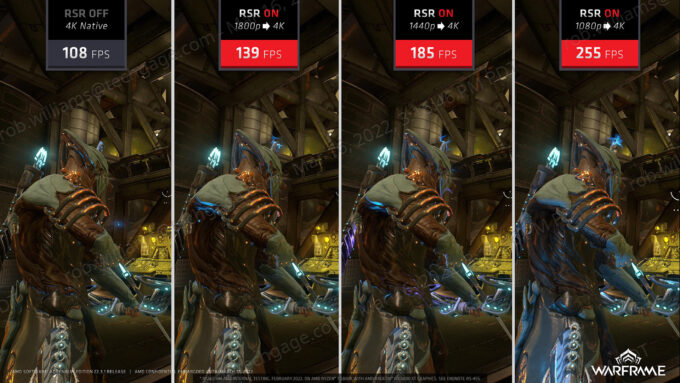 In the slide seen above, AMD compares a scene in Warframe, a game that doesn’t natively support FSR, showing performance roughly 70% better when upscaling from 1440p, vs. using native 4K. Now, granted, most people don’t have monitors that could take advantage of even 108 FPS, but a technology like this gives gamers yet another reason to heavily contemplate going with a high-refresh monitor. 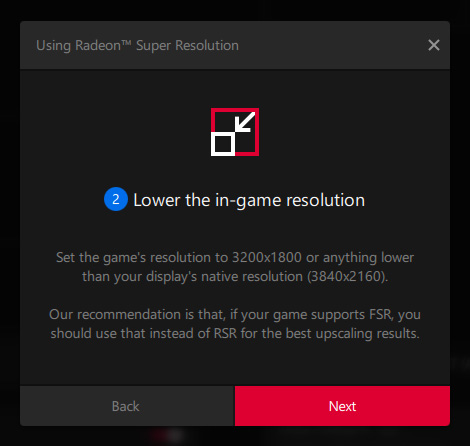 What’s interesting is that AMD says this RSR solution works across thousands of games, so the company seems quite confident that you won’t be running into issues that easily. Enabling the feature is a little more involved than simply enabling FSR inside of a game, however. When you enter a game profile inside of the Adrenalin software (seen above), you can enable Super Resolution with a toggle. You then enter the game, set a lower resolution, and then return to the Adrenalin software to see if RSR is working. 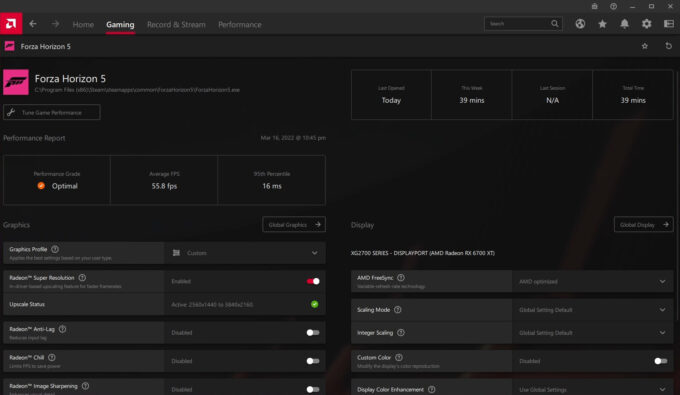 In a similar vein, AMD’s Radeon Image Sharpening has also seen an update here, allowing users to enable the feature for video playback and productivity software. The slide below shows an example of the sharpening being used on a video, but if you enable globally, it will effectively be used anywhere it can – even web applications. 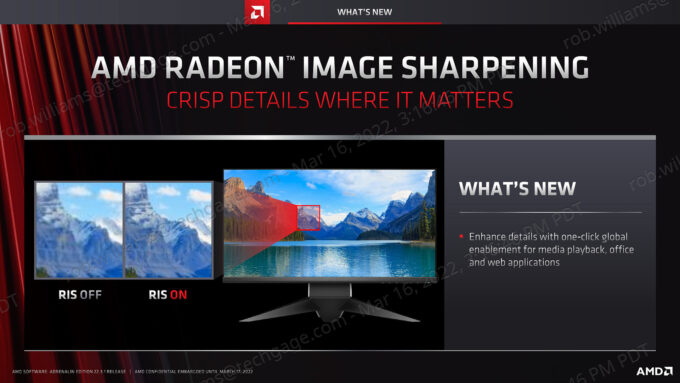 Another update in the 22.3.1 driver comes by way of some AMD Link features. Now, up to four people can connect to a PC and play together, and even use custom hotkeys instead of having to inherit the host’s. AMD notes that this solution will actually work on Intel and NVIDIA-based PCs, as well, and as such, it can be downloaded as a separate executable. 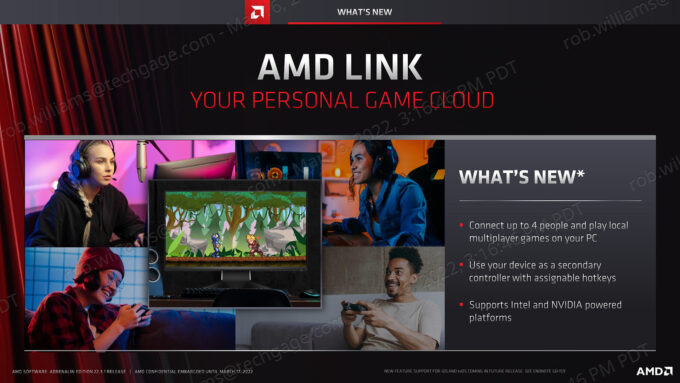 One of the final updates isn’t particularly major, but it’s still notable. Since so many of AMD’s driver downloads will use similar files, the built-in updater in the Adrenalin driver will pull only the data it absolutely needs, saving both on time, and bandwidth used. For those who prefer to update via AMD’s software, this is a really nice bit of polish.

In addition to these new features, the new Adrenalin driver features a handful of bug fixes, so even if you don’t care about any one of these new features, it’d still likely be a good idea to update – especially if it’s been a while. You can snag that update right here.