Finishing up AMD’s consumer Ryzen CPU launch are budget orientated R3 CPUs; the 1300X, and 1200. We had a sneak peek at these chips with the Ryzen PRO launch a couple of weeks ago, but we now have both confirmation and official launch. 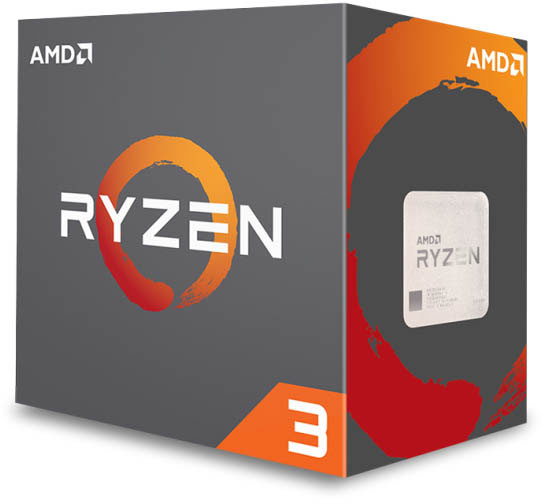 What’s interesting is the configuration. The two R3 CPUs are dual CCX with two cores disabled, which are connected to each other over AMD’s Infinity Fabric. This will likely introduce some latency issues under certain workloads, but at the same time, dissipating thermals over two chips instead of one might lead to some promising overclocking, since all Ryzen CPUs are unlocked – we’ll have to wait and see on the OC results when we put them through our tests.

While the two CPUs compete directly with Intel’s i3-Series, there is one advantage Intel has over AMD in the price range, and that’s an integrated GPU. All Ryzen CPUs lack a GPU, and must use a discrete option. For high-end systems, this is a non-issue, as most consumers will opt for a discrete GPU anyway, but for a more budget system, the IGP can be useful.

AMD has mentioned Ryzen-based APUs coming to mobile platforms at Computex with Vega IGPs, but no word as yet for desktops, such as with the old FM2-based processors. However, a real quad-core CPU for $110 that can be overclocked, rather than a $200 i5 from Intel, means users can put the budget towards a discrete GPU anyway, even if it’s something like an RX 560, which is more than capable for modern light gaming.

The Ryzen launch isn’t quite complete just yet, with Threadripper coming out very shortly, the 16-core 32-thread behemoth that will be going toe-to-toe against Intel’s 10-core 20-thread i9-7900X, both CPUs costing $1000. Not to mention, the long-awaited RX Vega GPU launch that’ll be coming at this year’s SIGGRAPH event starting next week.

Our review for the two Ryzen 3 CPUs will be coming in the following weeks, mainly because there is a boat load of testing going on with other CPUs and GPUs in preparation for the two big launches coming from AMD later. Although, we’re pretty confident that the two R3 CPUs should perform well, even if they’re not ‘exciting’ like the 16-core CPU coming. Next week though, keep an eye out for RX Vega news.