An Ethernet Port On Every Set-Top Box…

…and a chicken in every pot. Or something like that. Intel wants the FCC to mandate that an ethernet port should be included on every cable, satellite, and IPTV set-top box in the United States. The feature would allow set-top boxes to serve as hubs for streaming media content from various other PCs and media servers in the household. However, Ars Technica couldn’t help but notice that Intel itself might have a financial interest in such a move, since Intel is a major supplier of ethernet chipsets.

According to Ars Technica’s article, two representatives from Intel corporation visited the FCC headquarters to promote the idea of requiring ethernet capability on set-top boxes through a presentation they delivered. Set-top boxes are currently required to provide an IEEE 1394 data bus connection, and though the article gives no specifics on the purpose of including IEEE 1394 connectivity, it doesn’t seem like a far stretch to include the more ubiquitous ethernet port on the list of required features. 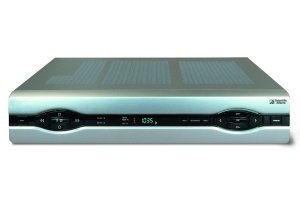 On the other hand, the FCC seems to be in an open devices kind of mood, given all the requirements they’re demanding of Sirius/XM in exchange for a merger, so we’ll just have to wait to see where this Intel request goes.