Ask anyone who games on their mobile phone what titles they play, or wish they could play, and chances are good that Angry Birds is going to be mentioned. I have three iPhone-equipped friends who can’t get enough of this game, and I admit I’ve sunk a good couple of hours into it as well. Similar to Worms, it requires some hard thinking to master the strategy, but it’s simple at the same time.

One of the reasons Angry Birds is so popular is that it’s one of the best-looking, easiest-to-play, puzzle games out there. Each level has the same goal… to knock over makeshift contraptions and try to get rid of all the opponent pigs. I am not sure why these pigs make these birds so angry, but it’s probably better we don’t ask.

To rid the problematic swine, the birds don’t fly into action, but rather require to be slingshotted by you to their destination. You can control the power behind the shot, and the angle. Your goal is to hit the contraption that the pigs are hiding inside of in such a way that you will rid them in as few turns as possible. Sounds addicting, huh?

Up to this point, the game has been limited to mobile phones, but that’s soon going to change. At some point in 2011, the developer of the game, Rovio, plans to release the game on all three major game consoles, so for those who don’t like to game on such a small screen, you’ll have this instant-hit to look forward to.

I’m not sure how this game is going to translate to the console though, since on the iPhone at least, it’s the touch-screen that adds to the gameplay. Thanks to the touch capabilities, shots can be taken much faster. On a gamepad, more time would be required for each. I’ll reserve judgement until the game comes out, however. As the game costs up to $2 on the mobile platforms, it will be interesting to see how it’s going to be priced on the consoles. Here’s to hoping it’s not going to be $8… 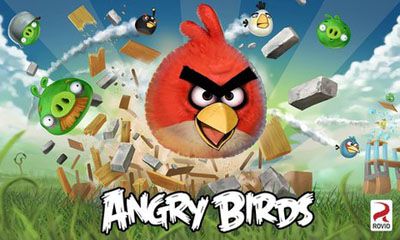 Angry Birds isn’t the first mobile title to head to home consoles, but Vesterbacka says it will become more common. “The smartphone gaming platform is actually turning out to be the biggest and most played out there,” he said. “So it’s starting to beat the traditional games on consoles and PCs.”