During a launch event held earlier today, Apple announced a refreshed iPhone SE, green color options for its iPhone 13, and two new entrants to its “Studio” series: the Mac Studio desktop workstation, and a 27-inch 5K Studio Display complete with 12 megapixel webcam that will probably put all other built-in webcam options to shame.

More than anything else, what captured our attention the most during this launch event was the unveiling of a new M1 processor, taking things to a level that would be more expected of a desktop workstation. Utilizing an “UltraFusion” design to effectively combine two M1 chips together, Apple’s M1 Ultra offers 20 CPU cores, up to 64 GPU cores, and support for up to 128GB of memory, all wrapped in a 114 billion transistor package. Some companies like to keep quiet on their transistor counts, but when the number is this impressive, we understand why Apple would feel compelled to flaunt it. 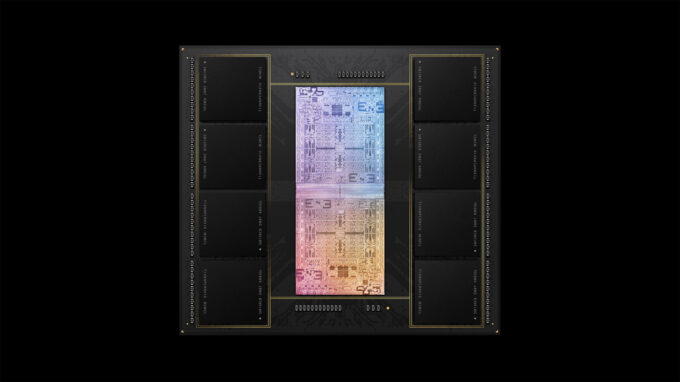 In the past, a CPU that was effectively built from two separate CPUs would raise concerns of impacted efficiency, but considering how far along we’ve come with processor technology over the past few years, and not to mention Apple’s software optimizations, this design should work well. Consider the fact that M1 processors already use two different cores, so this isn’t Apple’s first rodeo.

Apple’s M1 is a modest-looking chip for all of the performance it promises. In its press release, Apple says that the M1 Ultra is up to 5.6x faster than a 28-core Intel-based Mac Pro in Afterburner. Considering the optimizations we’ve seen from Adobe since the original M1 launch, we’d expect to see pretty impressive forthcoming performance out of the chip, especially with a literal doubling of GPU cores.

The first machine to bundle the M1 Ultra in is the Mac Studio, a machine that also includes the option to stick to the M1 Pro 10-core chip. Perhaps not surprisingly, the Mac Studio with M1 Ultra isn’t cheap – it starts at $3,999 for the chip with 48-core GPU, and 64GB of memory. To upgrade to the 64-core GPU will involve a $1,000 premium, while a bump from 64GB to 128GB of memory will add $800 to the price tag. 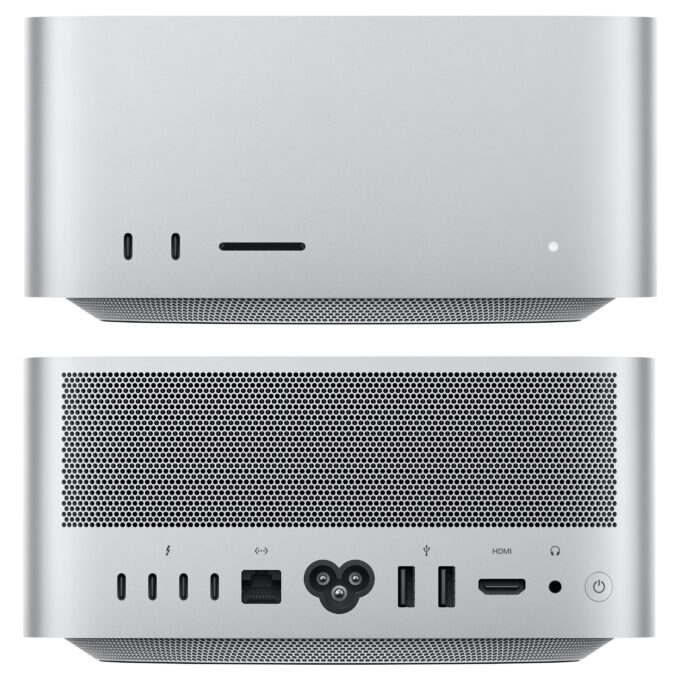 As you can see, there’s plenty of room for peripheral connectivity here, with 4x Thunderbolt ports provided, as well as 2x USB-A, 1x HDMI, and 3.5mm audio jack. Thankfully, the included Ethernet is 10Gbps, so this Mac Studio is ready for your quick interactions with any network storage you have, including that which might be used in production.

If a $3,999 starting price tag is a bit too much to stomach, Apple is also offering the same machine with the M1 Max 10-core CPU, starting at $1,999. If you do plunk down cash for one of these new models, you’ll want to consider your memory option carefully, as Apple states that you cannot access it yourself for later upgrading – a bit disappointing, but not surprising. 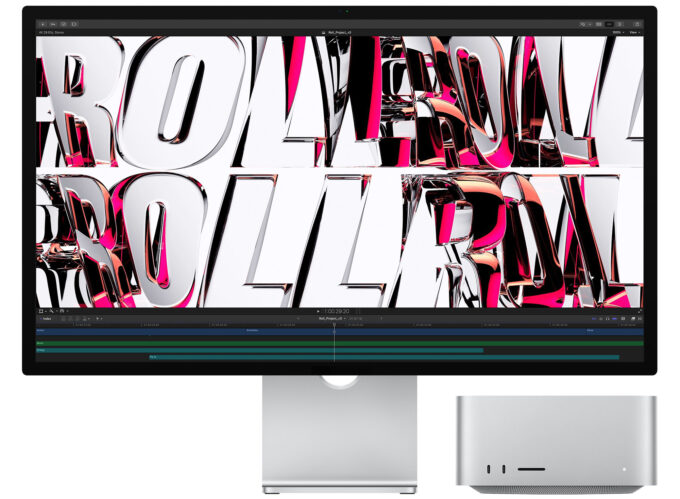 What’s a new workstation without a new monitor? With its new 5K (5120×2880) 27-inch Studio Display, Apple is offering a high-end monitor option that’s much kinder to the wallet than its previously-released Pro Display XDR. The Studio Display is priced at $1,599 for the standard glass model, and $1,899 for “nano-texture” glass which minimizes glare, primarily useful in studios with bright lighting.

Whichever Studio Display you opt for will include a tilt-adjustable display, or VESA mount for affixing it to a wall, while you can pay a $400 premium to get a stand that both tilts and allows the adjusting of the monitor’s height.

As mentioned above, this monitor is going to be set apart with its built-in webcam, or merely “camera” as Apple calls it, because it’s almost an insult to call a 12 megapixel option a “webcam”, when the typical webcam we see in modern notebooks tends to be truly underwhelming. Also on the audio front, this monitor includes three mics and six speakers. It’s also really bright, spec’d at 600 nits.