Apple Revives MacBook Series With A Serious Focus On Thinness

Apple’s previous MacBook series didn’t have a big focus on thinness, and for the most part, I guess we could have called it standard fare – the “entry” of the MacBook world. When the series was shelved in 2011, it wasn’t clear if it’d ever make a return; or, if it did, what it’d look like.

Today, we have the answers. While Apple today announced a number of different things, it was the revived MacBook line that struck me most – and perhaps rightfully so, since it’s the only thing announced we weren’t expecting. Like the MacBook Air, this new MacBook series has an extreme focus on thinness. The term “built from the ground up” can be overused, but in this particular case, I think it’s deserved. 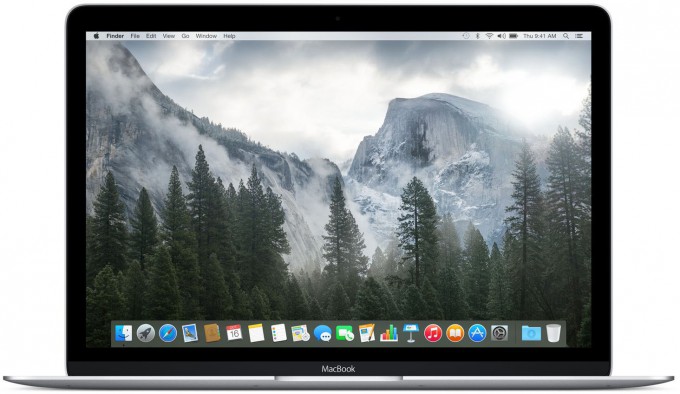 Because of Apple’s achievements in slimming down internal hardware, the new MacBook rings in at 13.1mm thick, and weighs just 2 lbs. Now, I admit 2lbs might not sound all that impressive, but consider the fact that this MacBook features an all-metal body. It’s thin – unbelievably so -but is designed to be durable.

One of the key ways that Apple slimmed down this MacBook was to reconstruct the keyboard. At the core, Apple replaced the traditional scissor switches with self-designed “butterfly” ones that are 40% thinner. Overall, this results in the keyboard itself being 34% thinner.

Under-the-hood, not a single fan can be found. Intel deserves some thanks here, as its Core M series is spec’d with super-low TDPs – less power means less need for added cooling. Both the 1.1GHz and 1.2GHZ dual-core Core M models are spec’d at 5W, and offer a Turbo boost to 2.4GHz and 2.6GHz, respectively.

To wrap-up this thin design, the new MacBook includes a single USB-C port, a 3.1 (5Gbps) offering that doubles as a DisplayPort connector. Because there’s so much bandwidth available on such a port, you’d be able to expand external functionality by way of a USB 3 (or 3.1) hub.

I mentioned above that the old MacBook used to be more of an “entry”-level offering, but this new one is anything but. Prices start out at $1,299, with that particular model including Intel’s 1.1GHz Core M dual-core processor, 8GB of memory, a 256GB PCIe-based SSD, and Intel HD Graphics 5300. For $1,599, you can double the SSD’s size and also boost the CPU by 100MHz (200MHz for Turbo).

These new MacBooks will be available in Silver, Gold, and Space Gray, with availability coming next month.