Apple unveiled yesterday the new iPad, aptly named iPad. That’s right, the third generation of the iPad brand dispenses any need for version naming. Most likely because this is a vastly different product from the original iPad, both in features and presentation.

Much has been talked about the third generation of iPad. For nearly a year, press and users were awash with fake leaks, rumors and whispers. Apple, however, was able to keep a close watch on their product design and manufacturing phases. When Apple finally uncovered the new iPad, the world was largely unaware of what they were going to see. So what exactly proved to be true and what proved to be false?

One of the most talked about features proved to be true. The new iPad launches with Apple’s Retina display. This technology, developed by LG for Apple, is composed of a LED backlit TFT LCD screen sporting an impressive pixel density of 264 ppi on a QXGA 2048×1536 resolution. Each pixel is 0.096 mm. The same technology was also implemented on the iPhone 4 with an even higher density of 326 ppi. 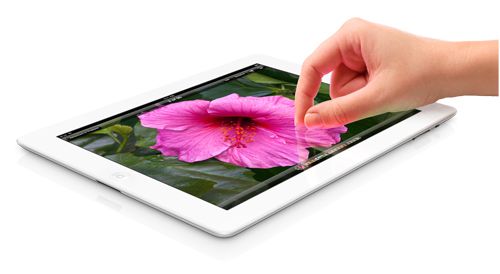 Also true was the rumor Apple would be featuring the new Apple A5x chip. Designed by Apple and manufactured by Samsung, this upgrade to the Apple A5 processor still comes with dual core technology, but improves the GPU to a quad core. This massive improvement in graphics processing is what allows the new iPad to support such a dense display and high resolution.

The new camera on the iPad is a 5 megapixel iSight camera, capable of recording 1080p HD videos. The camera features backside illumination for improved quality of night photos. Image stabilization technology on the camera software allows the reduction or elimination of bumps and shakes from filming with handheld devices.

The new iPad is a Wi-Fi plus 4D device. It can connect to virtually any modern network provider and, when outside LTE coverage, can roam on any 3G band. The device can also act as a personal hotspot if the user signs in to such a plan with their provider. 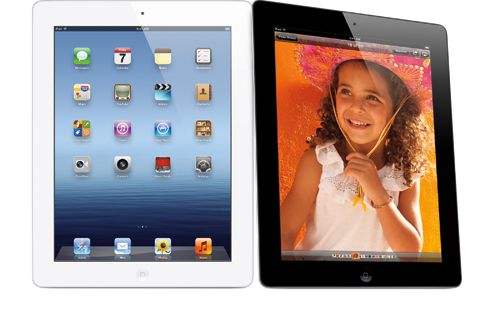 On the software side, the iPad comes with iOS 5.1. Of the improvements and new features Apple’s mobile operating system includes, the most notable is voice dictation. A new microphone icon on the keyboard allows for the user to dictate what they want to write, instead of typing. This features works also with third-party apps and can make for a much smoother user experience, provided one speaks the languages supported; currently only English.

At 1.4 lbs (0,6 kgs), it is a bit heavier than the iPad 2. The battery life is still advertised at 10 hours, supported by a lithium-ion polymer battery, which is a remarkable achievement considering the great stride in terms of graphical output (this new iPad more than doubles the iPad 2 resolution).

Customers can already pre-order from the Apple store. The device will be available March 16 in the USA and the rest of the world.