It may be difficult to believe, but despite the fact that iTunes is up to version 8, and has been out since 2001, I purchased my first track from the service just this past weekend. What took me so long? DRM too me so long. As soon as I heard the wretched tech was gone, I decided to install the application and see what the service was like. So far, I’ve purchased only a single song, but I’m definitely keeping the service in mind for whenever I need a track that I can’t get anywhere else.

My predicament is this. I’d use iTunes a lot more often if they offered music in some lossless audio codec. As far as I’m aware, that option just simply doesn’t currently exist, anywhere. I admit, the 256Kbit/s audio that iTunes offers isn’t horrible, and it used to be far worse, but if you have a pair of multi-hundred dollar headphones (or speakers) and an expensive audio card, the desire for audiophile-geared bitrates becomes more than a simple desire. It becomes a requirement, and if a service doesn’t offer it, there’s a serious lack of ambition to go back.

I’m willing to sway a bit if I need a single track and don’t feel like importing a disc for it, which was the result of the purchased track over the weekend, and while I’m still one of those people who loves running out to the music store to pick up a CD and then back home to rip it, I’d seriously consider buying most of my music from a downloadable service that offered lossless audio. We’re at a time when both bandwidth and storage is inexpensive, and I have little doubt that most people who want lossless audio would object to paying a little more for it, because after all, bandwidth isn’t free, and there should very-well be a premium. 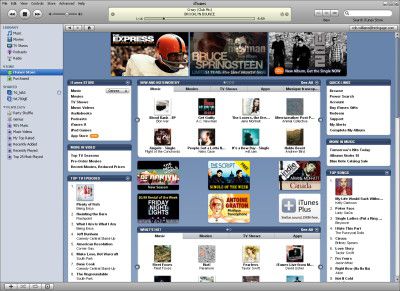 Using iTunes this weekend did little more than fill up the dream I have of being offered lossless audio for download. The application has a great interface, and I couldn’t believe it had the exact version of some semi-obscure track I wanted, so all I can hope is that some day, either iTunes or some other comparable service will begin catering to those who lust for lossless audio. I know I’m not the only one who wants this, so let’s see it happen… from anyone.