As it stands today, Arm dominates the mobile chip landscape. Its architectures are found in most of the world’s smartphones, with heavy-hitters Qualcomm using them in its Snapdragon processors, and Apple in its A-series. Given the permeation of Arm in mobile, it’s easy to fall into the trap of thinking that mobile is the only place its architectures belong, but that’s quite untrue.

Today, Arm takes the veil off of two platforms that fall under the Neoverse brand. The N1 is “optimized” for 7nm, and targets performance improvements in cloud workloads, while the E1 has a focus on high-efficiency. Arm says N1 will deliver 2.5x performance over the previous generation, while E1 throughput performance is increased by 2.7x. 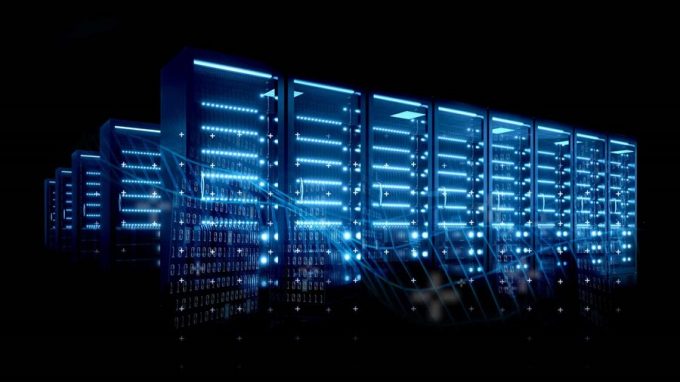 Arm in servers is nothing new, but it hasn’t caught on in recent years as much as some would have expected. Ten years ago, it seemed like Arm growth in servers was a given. Over the years, we’ve seen different solutions get shown off, but few have actually made it to market. It wasn’t even two full years ago, but I’ll never forget learning about Qualcomm’s Centiq server processors based on Arm, a project that was canceled within the following year.

Other companies, such as Cavium, have proven that there is definitely a market for Arm-based servers, as its ThunderX2 comes in many flavors to do battle with competitive Intel chips, and depending on your workload, you can experience performance upticks rather than compromises. Those prospects were enough to get the company acquired by Marvell last summer.

With both the Neoverse N1 and E1, Arm’s commitment to server has been reaffirmed, and with promises of massive chips sporting 64 cores promised, we’re in for very efficient, but powerful chips. 64 cores is aggressive in itself, but even more aggressive is the fact that Arm plans to follow its Neoverse platforms up with new cores each and every year. 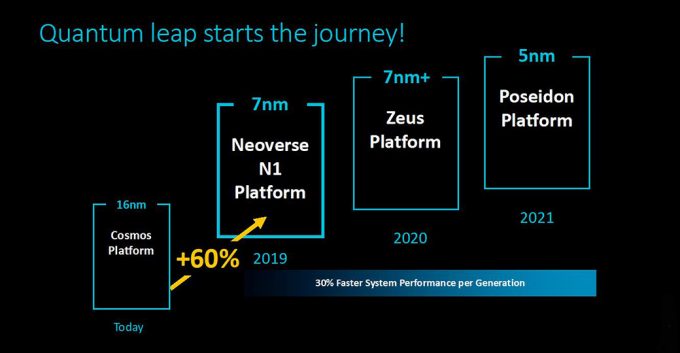 It’s really hard to say if this release cadence is a good thing or not, given the enterprise moves much slower than the consumer market. Regular folk wonder if they should upgrade their phone this year or next – imagine having to decide if you wanted to upgrade hundreds of servers now, or in a few months when significantly improved product lands.

Regardless of any of that, it’s exciting to see Arm releasing compelling architectures for server. With Apple expected to release an Arm-based computer in the future, and some Android makers trying to make their phones turn into a computer when plugged into a monitor, it seems pretty clear that Arm’s market presence is only going to grow.