The launch of the Radeon RX 5600 XT earlier this year was rather interesting, or perhaps the better word is “confusing”. That was the case at least for us, because we couldn’t quite tell for certain which specs these models were meant to launch with. While many cards launched with 12Gbps memory, our sample had an upgraded BIOS to enable 14Gbps instead – something that does in fact give a notable bump to performance, as our review highlights. 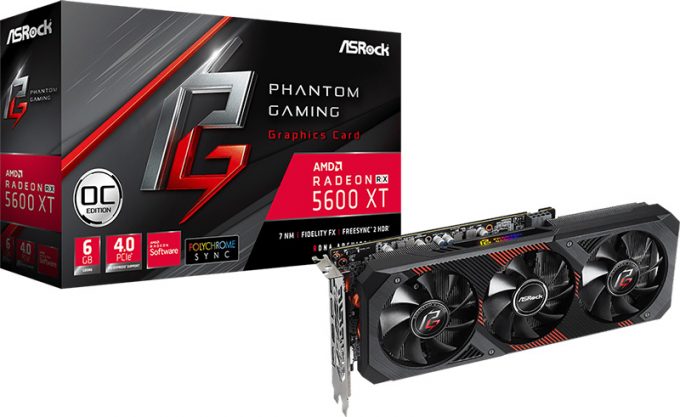 As far as we know it, AMD released the 12Gbps spec as reference, but encouraged vendors to jump to 14Gbps if their hardware could support it. The Sapphire card we received for launch could handle it without any issues, but for the sake of completeness, the above review included performance for both 12Gbps and 14Gbps.

It somehow flew right under our radar, but a couple of weeks ago, ASUS released updates that enabled 14Gbps memory speeds on select 5600 XT SKUs, something we discovered after likewise discovering that ASRock has done the same thing, impacting all three of its 5600 XT SKUs.

What this means to you is, if you already own one of these GPUs, you should be taking the time to update the BIOS and enjoy that free boost. To snag it for ASRock, you can head on over to this support page, or go here for ASUS.

We haven’t exhausted our search to see which other vendors might have released updates, as we can’t even find proof that ASUS talked about its own rollout; everything we’ve seen has just been word-of-mouth. If you don’t have ASUS or ASRock, it may be worth a quick search to see if your chosen vendor has released an update as well (but don’t count on it).