Two CESes ago, ASUS had an interesting product being shown off in its suite that caught many off-guard: a bezel-free monitor kit. In effect, it was a hunk of plastic that slipped in between two monitors in order to combine them; or, in other words: give the illusion that the bezel isn’t there. Because of the way light passes through the plastic, it in effect merges the picture together.

At the time, ASUS was confident that the product would be hitting the market, but had no idea when, or what it would cost. Well, two weeks after this past CES, the company has finally decided that the design has been improved enough – and now, it can be purchased. The kit is currently available Amazon for $109.99, and includes two in the box for multi-monitor users.

Here’s the kit itself: 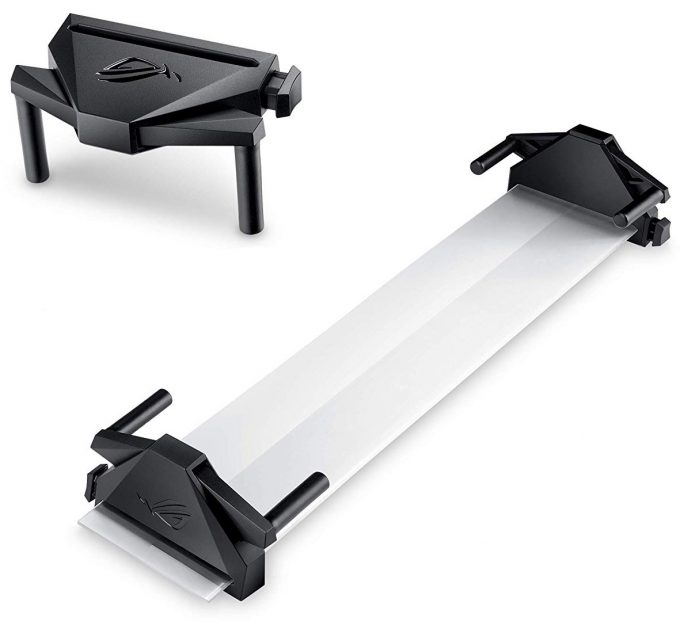 And here’s the effect that happens once it’s installed (it’s not completely installed here): 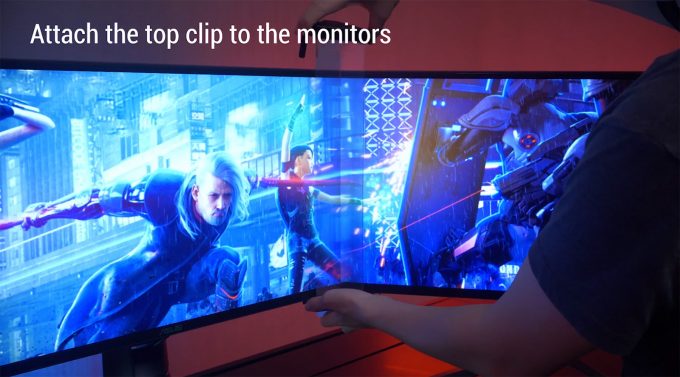 This is without question a niche product, and it’s going to require an ideal set of monitors to work ideally – but, at least the option exists. We have to admit that we’re really glad to see a product like this not only get announced at a CES, but actually come to fruition. ASUS has done well with neat products like these (we’re still intrigued by the company’s USB-powered portable monitor options).

This bezel-free kit comes at a time when ultrawides are becoming more popular and affordable than ever, but ultrawide still can’t hold a candle to an extreme aspect ratio like triple 16:9 monitors would provide. Whether that’s a good thing or not depends on your tastes, but isn’t it nice to have options?