It’s certain that at any given CES, ASUS is going to have a huge portfolio to show off, covering a number of different markets and segments. One thing we’ve become accustomed to seeing shown off are the company’s latest routers, as ASUS has pretty much become a mainstay with wireless at this point, targeting everyone under the sun, but giving gaming a huge focus.

By this point, you’re probably familiar with ASUS’ spider-like router designs. If you see a router look like the new Rapture GT-AXE11000 seen below, you know that it’s going to be kitted out with the latest wireless technologies and more features than any one person could need. You can also expect a big price tag, and this Rapture router is no exception, priced at $549 USD. 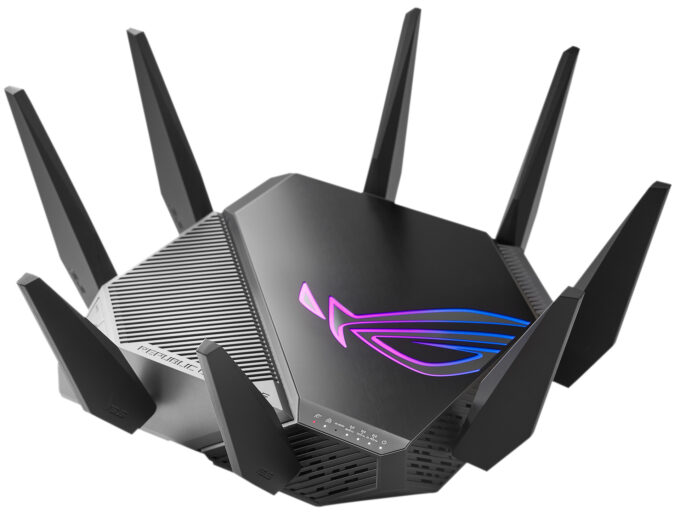 ASUS says that its Rapture GT-AXE11000 is the first router in the world to support with Wi-Fi 6E (802.11ax), and it admits right in the press release that those who jump on this router now will be ahead of the curve. That’s because actual devices that support Wi-Fi 6E are scarce, but are naturally expected to roll out over the course of the year to new and refreshed products.

All told, the Rapture GT-AXE11000 offers combined concurrent speeds of 11Gbps, which is a huge amount of bandwidth for a consumer router (but again, this thing costs $549). That 11Gbps is split into 1,148 Mbps on the 2.4GHz band, and 4,804 Mbps to both the 5GHz and new 6GHz band. It also supports link aggregation over WAN in the event you’re equipped with internet speeds of up to 2Gbps (as if 1Gbps wasn’t brag-worthy enough, right?)

Because routers can slow down even with the latest tech if older tech is hogging a bunch of its resources, this router separates its 6GHz bandwidth entirely, and will only work with compatible devices – meaning your old devices won’t tap into this bandwidth in a degraded way. It’s also boasted that the 6GHz band operates without Dynamic Frequency Selection, so connection should be instantly made when joining the network. 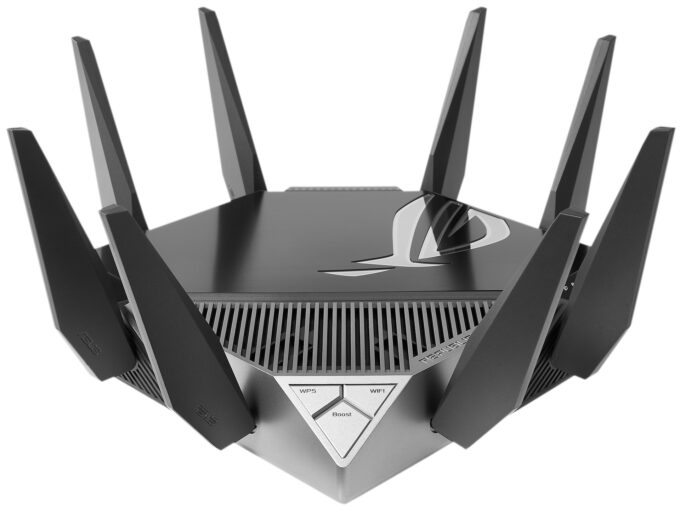 Naturally, a router isn’t only about the hardware, but also the software, and that’s another area ASUS has done a pretty good job at winning people over with (based on what we see on social media, at least.) Game Boost makes a return for adaptive QoS, and the router also includes a 90-day trial of Outfox software, which prioritizes how your game is routed to online servers.

As mentioned above, this new router is slated to sell for $549, and unlike most products announced at CES, it’s set to launch this month, so if you’re interested in splurging and joining the 6E game early, you can keep an eye out for the next Rapture. If you do purchase, just make sure you see the “E” in the model, as the previous-gen router has an extremely similar name.