Let’s be honest: networking isn’t the easiest thing in the world. That fact is what drove Google to create its OnHub router platform, one that allows “anyone” to get up and running with a new router fast. Up to this point, TP-LINK has been the lone OnHub provider, but now, ASUS has also joined the arena.

With its OnHub SRT-AC1900 router, ASUS aims to deliver big both on ease-of-use and aesthetics. It’s designed to look good wherever it’s placed, and sometimes, that’s not right beside a computer. I doubt many would argue that the vast majority of routers out there are hardly appealing to the eyes, so I give kudos to ASUS for its clean design here. 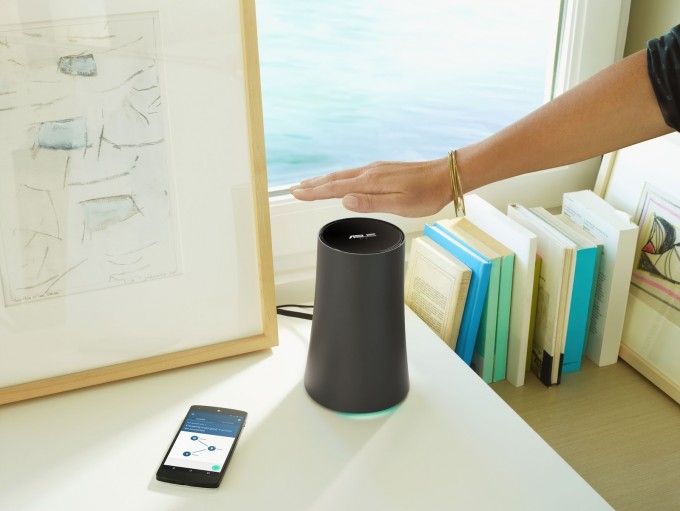 An important part of this ease-of-use equation is the mobile OnHub app. With it, users can setup their router in the first place, and then monitor things such as traffic details and also get troubleshooting help. Interestingly, it also lets people test their Internet speed, which I’d imagine would utilize Google’s servers rather than a third-party service.

One interesting feature of this router is something called Wave Control. By simply waving your hand over the top of the router, it will automatically reconfigure itself to provide improved performance to nearby devices. Effectively, this feature helps ensure that you always get the bandwidth and low latencies you need on your mobile devices even if someone else in the household is hogging most of the connection.

Inside the SRT-AC1900 are seven antennas that deliver 1900Mbps wireless performance, and because the router will configure itself automatically to use the channel with the least amount of traffic, you can feel confident that you’ll always be getting the best performance possible.

It’s notable that ASUS plans to continually update the SRT-AC1900 as time goes on, and aims to protect users by applying security patches automatically.