We’ve talked a fair bit about Intel’s Thunderbolt connector on the site before, but it’s been hard to give an actual opinion on it since its home was on the Mac. Soon, that will change, with ASUS spearheading the PC-based releases with its P8Z77-V Premium motherboard – the first to become Intel-certified. The press release also mentions another model, P8Z77-V PRO/THUNDERBOLT, but doesn’t mention whether that’s also Intel-certified (nor is it listed on ASUS’ official site). 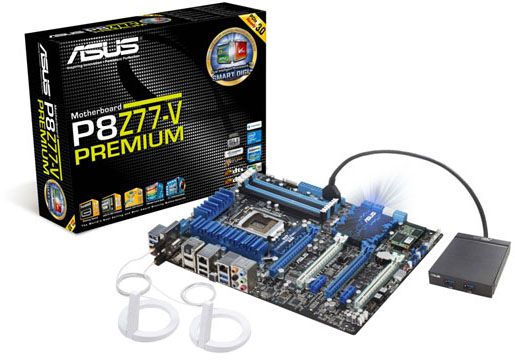 ASUS’ Premium line of motherboards have always been designed to give people as much of the best possible technology in a single motherboard, and with the addition of Thunderbolt, that path continues. Though I am still a little skeptical as to Thunderbolt’s use, or rather its overall need, the option being made available for PC users is great to see, and I’m sure it won’t be long before other vendors get their own releases out.

In the future, we might get this board in to test some various Thunderbolt products, but as I’ve argued in the past, it’s going to be a technology that’s limited to those with needs for professional storage solutions. USB 3.0 offers throughput limits that are going to be much higher than what most people need as is (500MB/s+), and it could be assumed that professionals with a serious need for storage would already have a network solution for exceeding 1Gbit/s limits.

So let me ask you – are you interested in Thunderbolt, and why? And whether or not you are, do you see much of an advantage over USB 3.0 for most needs?