At the ongoing NAB conference in Las Vegas, Autodesk took the veil off of its 2016 media and entertainment software iterations, which include 3ds Max, Maya, Mudbox, MotionBuilder, and Flame. The company says that its 2016 M&E software is more intuitive, connected, powerful, scalable, and of course, more accessible.

3ds Max 2016 gains a slew of new features and enhancements, including a new tool called Creation Graph, a node-based content and tool creation toolkit that will allow users to package workflow graphs that can be shared with others, and also XRef improvements, which now allows you to externally reference objects to scenes, modify a material in the source without merging the object into the scene, and take advantage of non-destructive animation workflows. 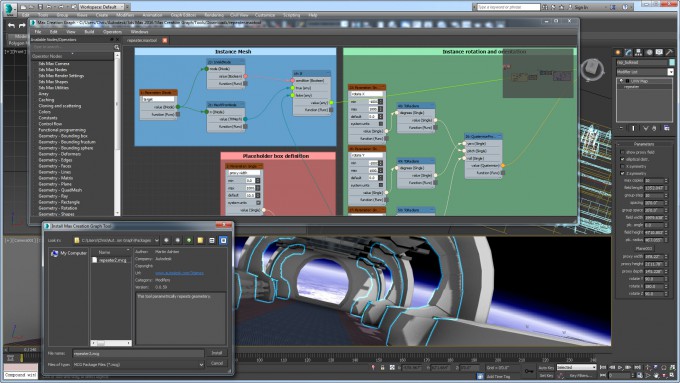 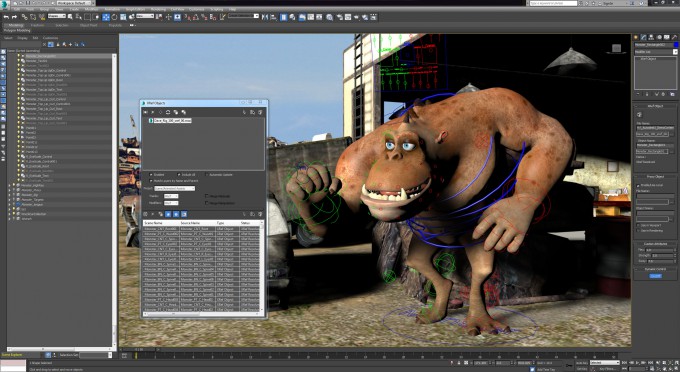 Some other neat additions include a camera sequencer, OpenSubdiv support, an enhanced ShaderFX, A360 cloud rendering support, improved Revit workflow, multitouch support, and Design Workspace, which can be seen here. The Design Workspace bar is somewhat reminiscent of the ribbon in Microsoft Office, aiming to give you extremely easy access to a slew of common tools (eg: camera angle control under the ‘View’ tab, and object placement options under the appropriately named ‘Object Placement’ tab).

For Maya 2016, one of the key features is actually a performance enhancement. With a new parallel evaluation system, both the CPU and GPU are effectively taken advantage of to increase the speed of playback and character manipulation. 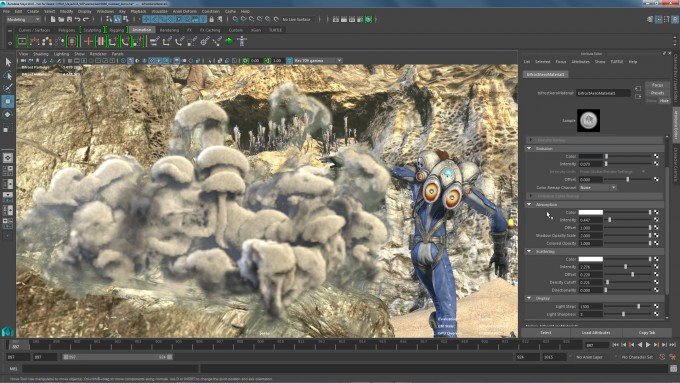 In addition to an overhauled UI, a slew of new capabilities have been added to Bifrost, such as adaptive foam and guided simulations for more realistic liquid simulations, as well as adaptive aero solver, which lets you create cool atmosphere effects like smoke and mist with great control.

Other highlights include a delta mush deformer, new sculpting toolset, and enhancements in XGen and color management.

Included with either 3ds Max or Maya is Mudbox and MotionBuilder. The most notable updates there include new sculpting tools and brushes in Mudbox (seen below) and story tool updates and other enhancements in MotionBuilder. 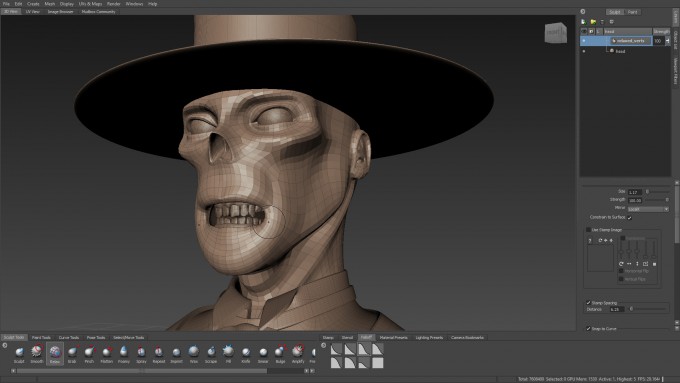 Finally, Flame and Flame Premium also got a 2016 update. At the forefront, Lightbox is a new feature that uses the GPU shader toolkit for 3D color correction, while Matchbox in Action allows you to apply Matchbox shaders to texture maps for image treatments without having to leave the 3D compositing scene. Overall, the UI has also been improved, and so has Shotgun, allowing you to send shots to other apps or exchange formats, and share content for review or approval. 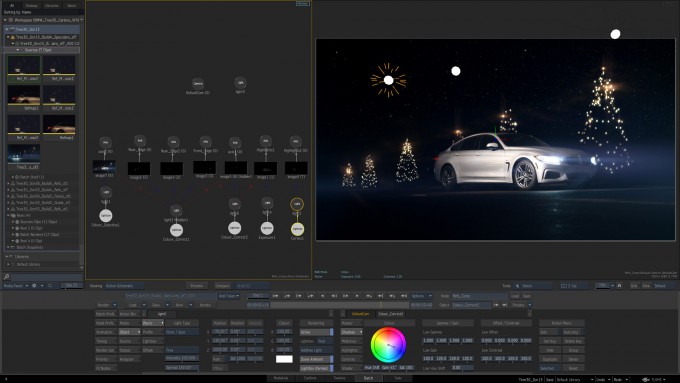 Once again, Autodesk offers all of its M&E software as standalone or as part of a subscription. There’s no word on when the new products will actually land, but it should be soon – and if you happen to already have a subscription, you’ll be able to download the updates immediately (you’ll probably even see 2016 referenced in your subscription information right now).