Atari, Overhaul Games and Wizard of the Coast announced yesterday that the development of Baldur’s Gate: Enhanced Edition and Baldur’s Gate 2: Enhanced Edition has started and is planned for release starting Summer 2012. Now, please excuse me while I got to the other room to jump and scream of joy without breaking the objectivity of this news article.

Good, that feels better. Now, what does this mean to fans of the Baldur’s Gate saga? Trent Oster, CEO of Beamdog, former BioWare employee and Project Leader, has revealed much already of what we would want to know. Future announcements will be posted to the Baldur’s Gate: Enhanced Edition website.

Both Baldur’s Gate and Baldur’s Gate 2‘s enhanced editions will include their respective expansions, Tales of the Sword Coast and Throne of Bhaal. Both games will be coded on what Trent calls the Infinity Enhanced engine. This will be the enhanced version of the Infinity Engine that powered the Baldur’s Gate saga and other successful games, such as the mythic Planescape: Torment. The enhanced version of the engine will be developed from the codebase for the Throne of Bhaal expansion.

The team working on both titles includes some of the original developers of the Baldur’s Gate series and new optional content has been promised on top of the old one. We also know that the original content for the game will remain unchanged. Dialogs, voices, the fabulous game music and all written text will be untouched. The new content will naturally include new voices and text. The game mechanics will also stay true to the original, with the 2nd Edition AD&D ruleset not being changed.

The enhanced editions will center most effort in increasing the graphical quality of the original games and adapting them to modern computers and displays. They will remain purely 2D isometric games and the hardware will be used for acceleration. Old never-fixed issues of the original games will now be catered for, including those for multiplayer.

For anyone who played the saga when it first came out, the Baldur’s Gate series has remained one of their most loved games to this date. It is still today considered one of the best RPGs ever developed and is a sure presence on any Best Games of All Times list on the gaming media. Even before the announcement was made, fans around the world already knew a Baldur’s Gate announcement was going to be made soon. It didn’t take long for the server at Beamdog hosting the countdown timer to crash. Beamdog replaced it with another server and within seconds of the announcement, it too crashed to the sheer load of page requests. 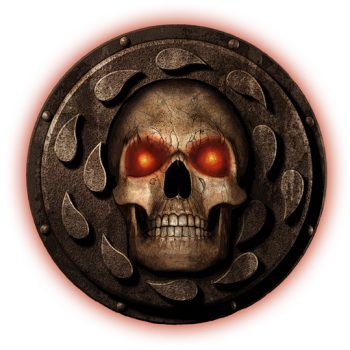 Expect both editions to be an exclusive of the Beamdog digital platform. We won’t be seeing them anywhere else. Rob reviewed this platform not long ago. But more important, expect this to be part of the master plan to release Baldur’s Gate 3 sometime in the near future. This much was announced too. Did your heart stop? I’m so sorry…