The market has no shortage of active noise-canceling headphones, but it can be argued that there is a lack of “great” ones. And, it’s true. It seems like every ANC solution has at least one obvious caveat, but fortunately, they’re all typically good at getting a decent job done in both audio and noise-canceling quality. Still, some others can do things better, such as improving battery-life, ANC effectiveness, or building a better design than what we’ve seen before.

beyerdynamic’s new LAGOON ANC brings a lot to the table, and it looks the part for its $399 price-point. That’s about $50 higher than the popular Bose QuietComfort 35 II and Sony WH-1000XM3, two headphones that also cater to those who like some peace and quiet while remaining wireless. All three options use Qualcomm’s aptX, although the Sony’s give users an LDAC option, since it’s the company’s own codec. The beyers also use Qualcomm’s cVc for reducing background noise for the person you’re talking to when speaking over the integrated mic. 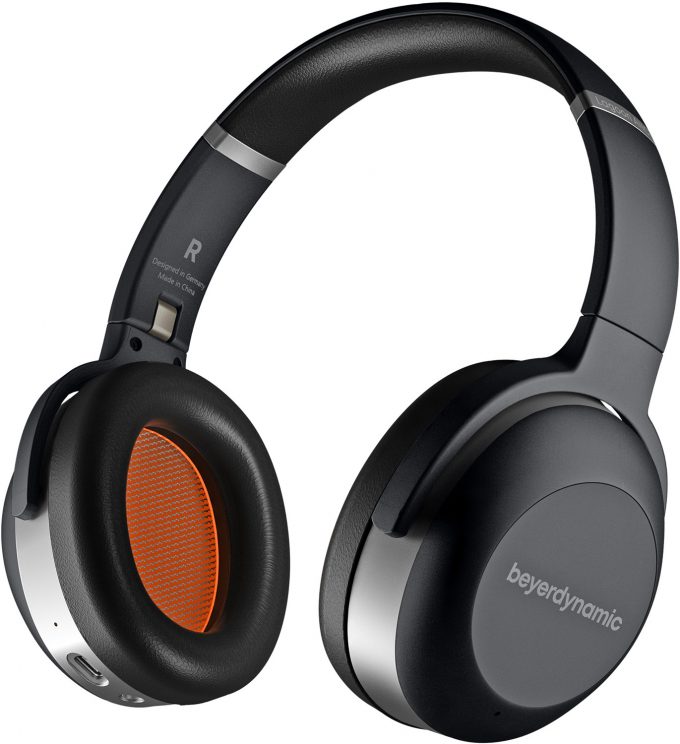 Given the intense competition, and not to mention its higher price-point, beyer is doing a number of things with the LAGOON ANC to sway your attention away from those other guys. Aesthetically, the LAGOON cans look fantastic, having more in common with the WH-1000XM3 (what a ridiculous model name) than the QC 35 IIs. Few visible hardware buttons can be seen; you’ll largely have to touch the right right cup to interact.

The noise-canceling itself has two stages, with each one dependent on how loud your environment is. If you’re in a decently quiet environment already, you can save battery power by opting for the lesser (or no) ANC option. Without ANC, beyer says these headphones will last 45 hours, or 24.5 with ANC. We’re not sure if that’s counting actual audio playback at the same time, but Sony claims 30 hours with its WH-1000XM3, but we’ve realistically never seen more than 8 playback hours out of our unit (which, coincidentally, is in the process of being reviewed), so it might be similar for the LAGOON ANC.

With the LAGOON ANC, beyer uses MOSAYC to personalize your hearing profile, to make sure the noise-canceling works as well as can in any environment. Ultimately, the goal is to hear as much of your audio as possible, and since we’re not all built alike, some fine-tuning via the MIY app might be needed.

One interesting feature on these headphones which might not be obvious from the pic is that a light can be found inside the ear cups, which will change color depending on the state. This would be a good way to quickly know whether or not the headphones are still connected, potentially wasting battery when you think they’re dormant.

As is becoming more common for wireless headphones, the LAGOON ANC use USB-C for charging, and similar to the Sony’s, they have NFC for easy pairing with Android. The headphones also have an 1,100mAh battery, which is double the Bose (which have great battery-life), so hopefully that bodes very well for the battery-life on the beyers.

beyer’s LAGOON ANC can be had on Amazon for $100 over SRP (as of the time of writing), or at its own website for SRP and free shipping. Hmm, tough choice.