It’s been a busy few months for the Blender Foundation, and at SIGGRAPH, the results of its hard work is being seen. Yesterday, we reported that NVIDIA and Blender have been working together the past few months to add RTX support to the open-source design suite. Currently, access to the feature requires advanced steps, but it will hit the mainline Blender client down-the-road. With RTX’s RT cores, ray tracing will be accelerated, while AI denoising will enjoy the same kind of performance boost with the help of deep-learning and Tensor cores.

RTX support is coming, but what’s landing today is the Blender 2.80 final. It’s hard to say that with enough fanfare, because 2.80 has been in development for years. It’s a massive upgrade over 2.79, and truly deserves 3.0 versioning. Alas, it’s just a version number. It’s what’s inside that counts, and 2.80 brings a lot of goodness to the table. 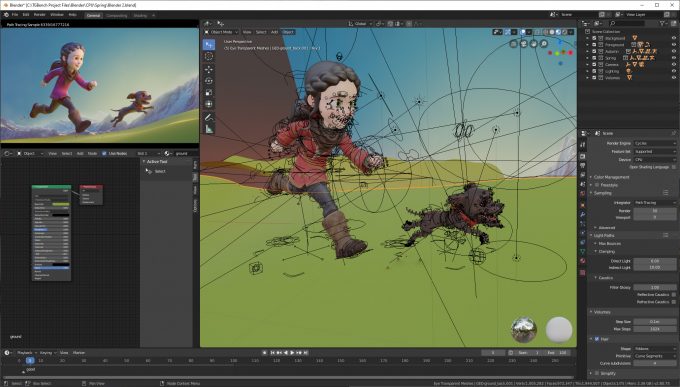 Versus the outgoing 2.79 version, 2.80 offers improvements all over the place. The UI has been revamped, and is hugely customizable (especially so if you know Python). Overall, the UI is easier to use out-of-the-box, helping to retain your sanity as much as possible as you work on your project for hours on end. Performance improvements will help with that, as well.

With the new Workbench viewport engine, users can now take advantage of some really neat modes, like LookDev, an advanced shading mode that represents the scene much closer to a final render than the others, with realistic lighting. You can also use a new random color option for both the wireframe and solid modes, helping issues become easier to spot (plus, it just looks cool).

Powering the Workbench viewport is Eevee, an additional renderer making its debut in 2.80. It’s hugely GPU-accelerated, and can largely align with Cycles’ feature set, but will have different ways of going about things. You will have to test each renderer and see which suits you better. 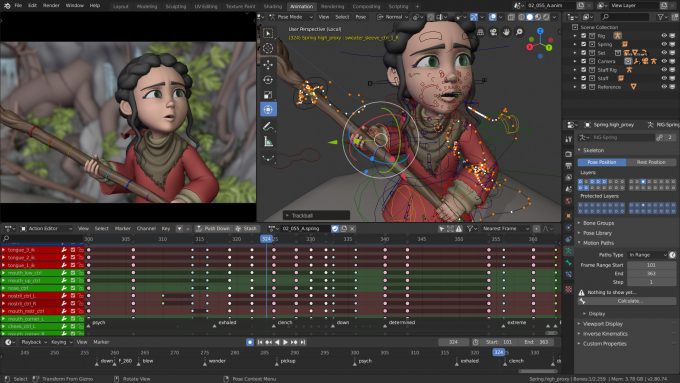 Animation tools have also been given some major polish, with the Grease Pencil feature in particular getting some notable updates, enabling users to create 2D art inside of the 3D space. This is the kind of feature that really highlights the flexibility of Blender, which is effectively vying to be a jack-of-all-trades tool that focuses on making the entire suite better with each release.

You can read more about what’s new in 2.80 on the Blender website. We’re still in the process of running some tests in 2.80 to give an update on how a big collection of CPUs and GPUs fare across multiple tests. Earlier today, we compared the performance of both CPU and GPU rendering between our late-stage 2.80 build and the final, and there was no difference in performance. So, we’ll wrap up what testing we have left to do, and then get some results posted. In the meantime, you can garner pretty accurate information overall from our performance look at the beta back in March.