According to some reports, Google’s Chrome has overtaken Mozilla’s Firefox in overall usage, while in others, it’s set to happen soon. On our site in the past 30 days, 39.48% of readers used Firefox, while 30.21% used Chrome – so it appears that in some cases, the gap is still quite wide (Internet Explorer is 18.61%, Safari 4.72% and Opera 4.38%, for those interested).

It could be argued that it was Firefox that finally gave Internet Explorer some real competition back in the day, as prior to its release, no alternative browser managed to make a major dent. Even prior to its 1.0 launch, Firefox was a solid browser. It was fast, feature-rich, light-weight and perhaps best of all, it was open-source. Mozilla did things right, and spearheaded what was to become a trend of IE decline (to that we should be thankful). 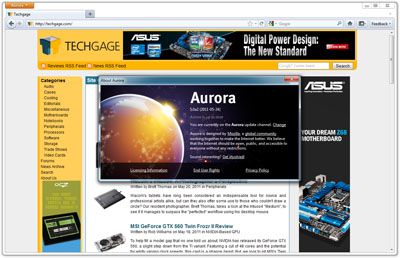 But with Chrome’s launch in the fall of 2008, Firefox’s dominance was held in question. No one knew at the get-go what sort of browser Google would be able to make, but as is very clear now, the company and the open-source developers responsible for it can deliver an outstanding offering (and my preferred choice). At its launch, it shared the same qualities as Firefox, whereas at the same time, Firefox seemed to be becoming more unstable and “bloated”.

So what happened? Can Mozilla strike back? According to the folks at ConceivablyTech, the chances of that happening are not that good. Mozilla has been putting delays on many of its major features, which is never good – a problem that could have well been created by the company’s move to a not-too-lenient rapid release schedule.

On the other side of the token, are feature updates like these, which more often than not tend to include more background updates than front-end updates, responsible for a lull in the browser’s growth? It seems unlikely, at least to me. On the surface, Google Chrome hasn’t changed much at all since its initial release, and with each new update, I rarely spot anything new unless I read the patch notes (and again, most stuff doesn’t apply to me or is development stuff).

If that doesn’t matter, what advantage does Chrome have over Firefox? If I had to guess, marketing. Google can touch basically any part of the Web it wants to, while Mozilla has limited budgets to work with. Both are great browsers, but with Google’s major ad-focus, it’s hard to compete.